Nine years ago, a Northwestern alumni, Nori Michi Odatae, sat down with Kevin McMahan, the Associate Dean for Intercultural Development, to explore more integration opportunities for NW. At the time, Odatae worked in Japan as an English teacher at the Eijigakuin Higashimurayama high school and was looking for more chances for their students to expand their knowledge of the English language.

With the high school students in Japan having exams in December but college not starting until April, there was an interim where the students didn’t know what to do with themselves. Odatae and McMahan saw this as an opportunity for the students to explore a small American college campus. The students have limited opportunities in Japan to converse in English, so studying on an American campus would not only develop their English and grammar, but they could learn more about American culture firsthand.

Nine years later, the program has consistently been a success as Japanese students spend three weeks of the winter at NW experiencing American college life. While it can be a huge challenge for the students as they participate in a different language and culture, it also gives them opportunities for conversing in ways they couldn’t in Japan in order to further their understanding of the English language.

This year, 17 Japanese students are living on NW’s campus (four boys and 13 girls), the largest group so far. Their days consist of morning classes, Oral English and American Culture and ESL tutor sessions in the afternoon. With two teachers and six ESL tutors working with them throughout the day, they experience many opportunities to expand their knowledge of the English language.

Through visiting some classes during the day and having meals in the caf, the Japanese students are encouraged to interact with students on campus in order to further their practice of English.

The students also are given time to explore the community as they take weekend field trips including places like the Sioux City Lewis and Clark Interpretative Center and the Sioux City Public Museum. They will also tour Diamond Vogel here in town, visit a farm to experience true country life in Iowa and help at Kids Connection by sharing their culture and different songs with the kids.

While on campus, they’re staying in Fern Smith Hall and Hospers Hall. Back home, many Japanese students commute to their schools, so dorm-style living is a different concept to them. They’re used to having around a 90-minute commute to their school (usually including two to three transfers) rather than living nearby or even on their school’s grounds.

Through dorm living, the students experience community and are able to build relationships with those around them. Some of our students volunteered to be dorm hosts to show the Japanese students around and help them get acquainted. The students also take advantage of the Rowenhorst Student Center by playing basketball, volleyball and ping pong frequently.

The Japanese students will be participating in the Cultural Fair on Feb. 2 by performing a dance number and song for the audience. Some of them will also do a judo demonstration since they were part of a judo club at their high school. Around Feb. 18, the students will have a closing banquet which, in past years, has included many hard goodbyes because of the impactful experiences they’ve had on campus. 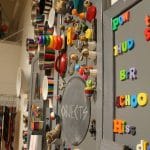