The Northwestern men’s soccer squad fought out a hard 2-1 win against Oklahoma Baptist on Thursday night to push their record to 4-2 as the conference season approaches. “It’s always tough to play teams that are nationally ranked,” said sophomore midfielder Gabriel Goncalves, “but it’s also very tough for them to come onto our home field and pick up a win. We always try to get these wins at home. This is the kind of game we want to keep playing and win even close, one goal games.”

Junior Jeriah Dunk scored four minutes into the contest with an assist from junior Harri Edwards on a scrappy effort.

The Raiders took their lead into halftime, but surrendered an equalizer in the 59th minute after freshman Austin Stoez made a save on a long distance shot, but the rebound was put away by the Bison. They continued to push hard with aggressive counter attacks to try and take the lead.

NW held firm though, and senior Mario Garcia knocked in a rebound of his own in the 68th minute after Goncalves put the original shot on goal.

Senior Taylor Biggs put two of his three shots on frame to lead the Raider attack, and Stoez registered 10 saves as goalkeeper.

Last weekend during the team’s trip to Arkansas, the Raiders faced some adversity after their game on Friday was called off in the 17th minute due to lightning. They were up 2-0 already when the decision was made.

Junior midfielder Travis Sytsma believes the challenge was met well by the squad.

“It’s tough because it’s still early on in the season and we’re still coming together as a team,” Sytsma said. “It was tough to bounce back from not getting the win, but that kind of stuff builds our confidence.”

The following day NW was at least able to complete a full game, losing to Oklahoma City 2-0, who has been receiving votes in the latest NAIA polls. Seniors Jono Taves and Graham Kinsinger each put two shots on goal from the forward position.

Stoez had three saves in the contest.

“These though games in the preseason will absolutely help us in the regular season,” Sytsma said. “It gets us used to playing good teams and playing at a high level.”

The Raiders return to action Saturday night in Oskaloosa against William Penn for their final non-conference game before opening up conference play at home on Sept. 22 against Nebraska Wesleyan. 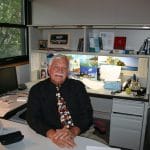 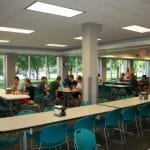