There’s a new sensation sweeping the nation, and not a single person likes it.

“I lost 10 pounds and didn’t eat for two-and-a -half days,” said junior Mike Mabee. “I even got the flu shot.”

The influenza bug is working its way across the country and has decided to visit Northwestern. Most students can name at least one person they know who has been affected; some can name more than one.

“I can’t even think of everyone off the top of my head,” sophomore Valor Gorans said. “I just know it’s been way too many.”

It’s not easy to tell who has been affected—the student might look harmless but could potentially be carrying a pathogen that will have you bed-ridden for hours, if not days. One way to combat this epidemic is by a simple regimen of handwashing.

Some students aren’t satisfied with the soap-and-water trick. Freshman Kelley Thurman went all out when it came to fighting the oncoming illness.

“As soon as I felt that I was catching the flu and showing symptoms, I went to the store and stocked up on cough drops, vitamin C, Airborne, Nyquil and Dayquil,” Thurman said. “I started hydrating a lot more than usual. I would say I drank at least three water bottles a day.”

Containing the spread of the flu can be tricky in a college residence hall or apartment. In fact, many students receive the bug from their roommates.

“My roommate had it first,” Mabee said. “I tried to avoid it, but I ended up getting sick the very next day.”

If the flu season keeps on at this rate, the campus could be in for a long haul. According to the Center for Disease Control, flu season can reach from October to May.

There’s always the option of receiving a flu shot. For freshman Kellie Goedken, who received the shot this fall, it seems to be working.

“I haven’t had an issue,” Goedken said. “It was worth the pain.” 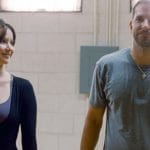