A presentation of talents at the Fall Music Showcase

There are lots of exciting things to take part in and attend this homecoming, one of which is this year’s Fall Music Showcase Concert. The concert will feature all music ensembles at Northwestern, as well as some student music scholarship recipients.

The concert will begin with an organ prelude performed by Evan Gutzmer. He will perform the piece “Fantasy” on the hymn “Holy, Holy, Holy” by Dutch organist Piet Post. The piece involves different styles and speeds of notes that will showcase the main melody of the hymn. He said that “this involves most of the pipes and manuals on the organ, resulting in some very different sounds between the different parts.”

Following the prelude will be a welcome and prayer by Dr. John Vonder Bruegge. Then the Women’s Choir will perform two pieces.

Following Women’s Choir will be a performance from the orchestra of “Czárdas” by Vittorio Monti, which will feature a solo on the violin by Jamie Stoscher. Stoscher said that this is a piece he is preparing for his recital, which will be held this spring. The orchestra will then play a second piece, “In Peace Let Us Pray” by Wally Ost, before the choral ensembles begin to perform.

The chamber ensemble, Heritage Singers, will perform “With Drooping Wings” from Henry Purcell’s opera “Dido and Aeneas,” which will be performed by the choir in January 2023. After they perform, there will be a solo performed by soprano Katie Struck. Struck will be performing “Come Scoglio” from Mozart’s opera “Cosi fan Tutti.” The piece is sung by the character Fiordiligi, who declares her loyalty to the man she loves and will have nothing to do with the strangers who are trying to woo her.

After the solo, the A capella Choir will perform four pieces. The first will be “Still” by Ola Gjello, a piece solely sung with vowel sounds instead of text. They will then sing Ching-Ju Shih’s, “Little Station,” followed by Elaine Hagenberg’s “To Thee My Heart I Offer.” The last piece the choir will perform is “Go Where I Send Thee,” a gospel spiritual by Paul Caldwell.

Once the choir is finished with their performance, MaryLou Wielenga will play the hymn “All Creatures of Our God and King” on the organ.

The Symphonic Band will then perform two pieces, “Aurora Borealis” by Rossano Galante and “Symphony No. 3,” ‘Slavyanskaya,’ by Boris Kozhevnikov. The concert will conclude with the Alumni Band which will perform three pieces: “Galop” by Dmitri Shostakovich, “Amazing Grace” arranged by Frank Ticheli, and “Alleluhia Laudamus Te” by Alfred Reed.

The Fall Music Showcase Concert will be held on Oct. 1 at 7 p.m. in the Christ Chapel. Those attending the concert are also invited to join the musicians in the Dewitt Learning Commons after the concert for refreshments. 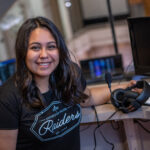 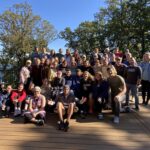