Home Featured A walk through the history of homecoming
FeaturedNews

A walk through the history of homecoming

Since Northwestern’s founding in 1882, many traditions have come and gone. This year’s homecoming events build off homecoming history, bringing back familiar traditions and attempting to forge new ones. The first NW Homecoming was Oct. 24, 1946, when NW was officially Northwestern Junior College and Academy. There was only a queen crowned that year because young college-age men were barely back from World War II.

The events consisted of the queen’s coronation in the afternoon, followed by a homecoming parade through Orange City. The parade was led by the queen and her attendants in a 1946 maroon convertible with the NW band float and the entire student body trailing behind. After the parade, there was a hotdog roast held on campus. NW had an epic Homecoming game against their rivals – the Morningside Reserves. NW won the game by one point with a low score of 13-12. These events did not happen over the span of a week but a single day.

In 1947, the snake dance was one of the most enjoyed traditions at that time, and choosing partners for the dance was a unique process. Partners were selected by auctioning off the women’s shoes to the men. Then, the men had to match the auctioned shoe to the woman wearing the other shoe to complete the pair. One shoe turned out to be $1.25, which is equivalent to around $16.60 today.

On Oct. 18-19, 1956, the NW student body celebrated homecoming with a victory bonfire on the athletic field, a homecoming play at the science hall, a coronation ceremony for the homecoming queen (there wasn’t a homecoming king for unknown reasons), a parade of floats and bands and finally, the “big game.”

Along with bringing back old traditions, this year’s homecoming schedule includes events that are just beginning. The Camping on the Green event made its first appearance in 2021. Even though it was a bit of a bust (with a few hammocks and a tent or two), Heiberger believes that it will take a few years to catch on. “The dream is that 10 years from now, the campus green is just a giant sea of tents on Homecoming Friday,” said Heiberger. “Why in the world wouldn’t you do this at least once in your four years in college? Guaranteed memory made versus another normal night in your dorm room.” While that vision remains a dream, the eight Fern women who slept in the single tent on the green this year had a memorable time. 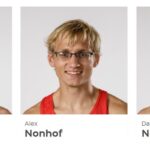 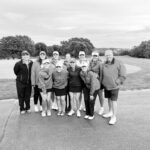