Home News Airband is back for a second year
News

Airband is back for a second year Last year, the Student Activities Council introduced Airband to the student body. The event proved to be popular among students and this year, it’s back again.

“Airband is a stage production which features students in a lip-syncing contest,” said sophomore Elle Helmkamp, who is an event coordinator on SAC.

Airband contestants are preparing for the first round of the competition in which they will pitch their performance ideas to SAC members next week.

“Students choose their own groups and songs,” Heldmkamp said. “Normally it’s just groups of friends who want to do a group thing together, and there is no limit on the amount of people that can be in a group.”

Students are responsible for preparing their performance, scheduling practice times and coming up with their own costumes.

“We are looking at having 10 to 12 groups preform this year,” Helmkamp said. “Last year we had around eight bands.”

“You better be serious about Airband to preform,” Li said. “The groups choreograph the heck out of it. Everyone who participated last year worked really hard and put on an awesome performance.”

Last year’s winning act was a group from Heemstra and several other students that preformed Gaston’s solo from Beauty and the Beast.

“I think the best part was being so well received,” Li said. “The applause was like thunder.”

Airband will be held at 9 p.m. on Friday, Nov. 22, in Christ Chapel. Students will vote for their favorite performance. 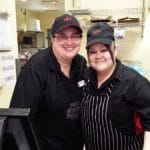 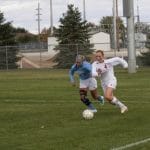 Two shutouts for Raiders as tussle for playoff position continues