When I first sat down to listen to Alicia Keys’ newest album, “Alicia,” I didn’t know what to expect. I had listened to some of her music in the past, but it mostly just consisted of her most recognizable tunes that play on the radio.

With this in mind, I was prepared to be impressed with whatever Keys had to offer.

Keys’ seventh album was released on Sept. 18, 2020, almost 20 years after her debut album, “Songs in A Minor,” which earned her five Grammys. The simplistic style of the album cover features four portraits of herself, each from a different angle. The vibrant pastel colors make for a unique and minimalistic palette, which captures the eye and draws attention to the subject of the album, which is in fact, Keys.

The album kicks off with “Truth Without Love,” which introduces the audience to her first of 15 songs with a touch of class, using orchestral strings and a harp, met with more modern synth as the melody progresses.

Keys seems to get straight to the point with her lyrics and immediately jumps into the chorus with “What if I wasn’t Alicia? Would it please you?” She is brutally honest and upfront when addressing these rhetorical questions. “What if to you I was just Alicia? … Tell me why the hell I ought to write this song…” She sings. “Truth without love is just a lie” is a phrase that will go down in music history.

Keys is confident in what she is trying to say, and she expresses her thoughts in a personal, and almost vulnerable sort of way. As the album continues, each song differs greatly from the last. Keys combines multiple different genres of music together to create her songs, which is something she’s been known to do with her previous albums. She uses hints of classical, R&B, folk, soul, gospel and even disco to create her masterpieces.

One of her most popular songs in the album, “Underdog,” starts out in an indie style, with Keys’ voice accompanied by a guitar. Everything quickly progresses into a more upbeat, get-going sort of rhythm, featuring an entire backup choir and piano, all put together cleanly and modernly with what seems like household percussion.

She emphasizes empathy in her lyrics, and jumps into her chorus, saying, “I Sing a song for the hustlers trading at the bust stop…” We quickly learn that Keys wrote this song, this entire album, really, for those who are overlooked. “Single mothers waiting on a check to come, young teachers, student doctors, sons on the frontline knowing they don’t get to run… This goes out to the underdog…” This song ties to themes that are relevant specifically to the occurrences of 2020, and it emphasizes that one day, these people will rise up. Keys is a voice for those who feel like they will never be heard.

One of my personal favorites, “Grammercy Park,” starts out as a slow, acoustic melody, and continues to keep adding layers of Keys’ voice to create haunting harmonies. She ends with the phrase, “I forgot about the person who I used to be.”

The album wraps up with “Good Job,” a slow moving, melodic piece that features Keys and a piano with echoing reverb. “You’re the engine that makes all things go, and you’re always in disguise, my hero,” she begins. “You’re doing a good job, a good job… You’re doing a good job; don’t get too down. The world needs you now; know that you matter…” The chorus repeats these words intentionally, because Keys knows how much people need to hear them.

Keys wraps up her album with her last verse, “The mothers, the fathers, the teachers that reach us, strangers to friends that show up in the end… From the bottom to the top, the listeners that hear us…” And then she states, “This is for you; you make me fearless.” This album was truly created for the underdogs; for those who can’t speak for themselves. Through her album “Alicia,” Keys is a voice for those who have never had one. 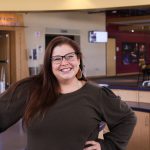 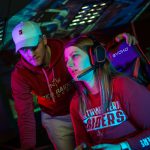