“The Office” is the most overrated TV show of all time.

Before lighting your torches and sharpening your pitchforks, hear me out. “The Office” is one of the greatest sitcoms of all time. It had inventive camera work and a sense of humor that television hadn’t seen anything like. The awkward pauses and uncomfortable moments helped to shape a wave of new television shows that piggy-backed off this style. With all of that being said, “The Office” is grossly overrated and has become a barrier to enjoyment of other entertainment.

Liking “The Office” cannot be one’s defining character trait, and it is not the basis for having a good sense of humor. While it is a great show, it’s almost cultish following is unwarranted. It’s almost like fans of the show feel they are in some secret club. This is laughable, as the show has garnered a mainstream appeal and is one of the most widely viewed shows streaming today. The appeal of the show is understandable. It has memorable characters and delivers quality humor.

However, the show has been elevated to almost a sacred level in the minds of many students on campus, and this extreme devotion to the show makes little sense. The show is great, but it does not even remotely come close to being the best show that has ever graced television screens.

The main problem I have with “The Office” is this: people re-watch the entire nine season series time and time again without a second thought. I understand that it is a good show, and if you haven’t seen it, I highly recommend it.

However, I’ve heard it many times that a student has just finished the show and decides to dive right back in at the beginning. The show is good, and it warrants being seen once, but this extreme devotion and watching the show over and over is a giant waste of time.

People fall into a rut of familiarity that the show brings and enter a cycle of repeatedly watching it over and over again. This is a giant missed opportunity.

We are living in a time where one can stream thousands of phenomenal shows, movies and music, and those who choose to re-watch the same show eight times through are missing out. If you enjoy “The Office” so much, there are a handful of shows that play off that sense of humor that you would likely enjoy.

On top of these shows, there are films that contain a similar sense of humor. What’s even more exciting is that there are all kinds of entertainment: shows, movies, books and music across multiple genres that are waiting to be enjoyed. The media you haven’t yet seen has the ability to entertain you, teach you and change the way you think about the world and those around you.

However, you will not experience any of it if you choose to watch “The Office” again for a ninth time. So take some time. Watch a different show. With the vast array of shows to watch, it should not prove difficult to broaden one’s horizons. 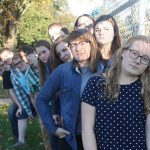 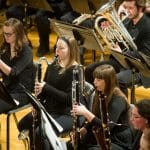