There’s no reason for us to be surprised Lou Reed made an album with Metallica. Not to say it was a good choice—just another phase Reed had to try out.

With or without the help of a thrash-metal band, Reed himself has been annoying ears for years.

As lead singer of The Velvet Underground, a ‘60s group considered the beginners of punk and grunge style music, Reed developed his deadpan vocal style as well as the experimental sound he’s kept over the years. Although The Velvet Underground’s music seems tame to listeners these days, songs like “Venus in Furs,” with the lyrics “Shiny shiny/shiny boots of leather/ whiplashed girl child in the dark,” and “Heroin,” which graphically describes drug addiction before breaking into a creaking guitar solo, were much more objectionable (to say the least) in their own day.

After leaving The Velvet Underground, Reed made numerous solo albums that went back and forth between drawing in fans and turning listeners away. He made albums like “Transformer,” featuring the song “Walk on the Wild Side,” which was a commercial hit. He also made “Metal Machine Music,” which was basically an hour of generated noises that was considered genius by some and by others, absolutely disgusting, and “Coney Island Baby,” with lyrics like “I’m just a gift to the women of this world.”

So in 2009, when Reed decided to work on an album with Metallica, one of the leaders in metallic grunge thrash music, it seemed like less of a surprise than just another one of his phases.

And, oh boy, what an angry phase this is.

Reed wrote the lyrics for the album based off two “Lulu Plays” which revolve around the tragic life of a young dancer originally written by the German playwright Frank Wedekind in the early 1900s. Not surprisingly, Reed’s interpretations of the stories are dreadfully bleak.

However, “Lulu” brings Reed’s songwriting to a new level of disturbing and gross. Lyrics depicting sexual abuse, mutilation and self-degradation are so commonplace in the album, it’s enough to make even a Metallica fan sick.

Speaking of the Metallica fans, they’re not too happy about this new CD either. Musically, their band has done no wrong, but production-wise, most Metallica fans would rather have every part featuring Reed’s singing/chanting cut out, which would leave maybe five minutes of heavy drums and bass of “Lulu.”

Reed’s chanting isn’t bad—it’s almost the same monotonous spoken style he’s been using since The Velvet Underground—but the singing is pretty rough. The man is almost 70 and just now trying to sing in the rough, heavy metal style. He’s growling, rumbling and sputtering out curse words in such a heart-breaking way. It’s not working for him. His fans are sure to miss his signature vocals while Metallica fans with no other knowledge of his music are going to get a bad sample of his sound.

It’s dismal—the lyrics, the sound, the whole album. The tracks themselves all feel three minutes too long, like we got his dark, sad point after two minutes, but thanks, Reed, for proving it even more. There’s hardly a melody, or a chorus to be found in the whole lineup. It’s resistant—“Lulu” isn’t going to be your friend without putting up a fight first. Maybe that’s the point.

“Lulu” may not sound great. It won’t be either Lou Reed or Metallica fans’ favorite album. But that’s okay. Reed’s already given us songs like “Sweet Jane,” “I’m Sticking with You,” “Walk on the Wild Side” and “Ooohhh Baby.” He’s past the point of proving himself. Now, it’s our turn to prove we’re music-savvy enough to understand his moves.

Men’s basketball to play with end in mind this season 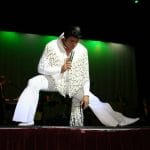