The group released a stream of the full album via a YouTube video with the sound played over footage from the 1959 film “Black Orpheus.” Two of the tracks reference Orpheus, a character from Greek mythology, and his girlfriend, Eurydice. The pair are also pictured on the album’s cover.

Since its debut in 2003, Arcade Fire has consistently set itself apart as an innovative group that is always pushing the boundaries of its creative abilities and genre. In 2010, to the surprise of many, Arcade Fire took home a Grammy for “Album of the Year.” It seems that they would stick closely to the formula that brought them a Grammy; however Reflektor takes ambitious leaps and bounds outside of Arcade Fire’s usual rock recipe.

From the instant the title track drops, listeners are bombarded with deep reverb, heavy yet well-executed synth lines and bass lines dripping with funk. This new post-punk sabotage and disco dance cocktail draws influences from artists such as David Bowie, Michael Jackson and the Rolling Stones. The album comprehensively and creatively samples the best of all of these artists and combines it into something unique yet still signature Arcade Fire.

Highlighting one or two tracks doesn’t quite do justice to the beauty of the album as a whole. Each track provokes thought and emotion through unique instrumentation and powerful writing. The title track, “Reflektor,” features background vocals by David Bowie. For tracks such as “We Exist” and “Flashbulb Eyes,” Haitian percussion artists Willinson Duprate and Verrieux Zile came in to collaborate. The move brough new depths of rhythmic quality and some new percussive flavors to the project.

Still, some tracks are reminiscent of the sound Arcade Fire produced on its first few albums. Arguably the only true rock song on the album, “Normal Person,” opens up with a muted, pulsing, dirty guitar/bass line while a bluesy piano comes in over the top, and steadily churns out common tones above the din.

Arcade Fire is to be applauded for its brilliant re-working of some classic elements and a daring new spin on its own signature sound. 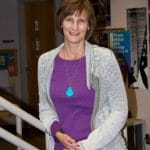 The adoption option welcomed at NW