In the past, Ariana Grande has used her impeccable voice to sing over trap – influenced top 40 hits that were most likely written and created by a record label in order to get radio plays and millions of streams on Spotify and Apple Music. She is one of the more talented pop artists in the genre right now but has fallen into the common trend of lackluster songwriting and generic pop production with a catchy chorus and a pseudo bad-girl personality. However, most of that has changed. This new album, although still radio – friendly, taps into the likes of Pharrell for songwriting and production and forgoes the fake bad – girl personality.

In this album, she shows her true self, someone who is young and in love. She brings more vocal and lyrical maturity without trying to be someone she is not. This, coupled with fantastic production from Pharrell, makes this album her best yet. Grande does what she does best which is beautiful singing and catchy choruses like on ‘R.E.M.’, ‘breathing,’ and ‘No tears left to cry.’ She also shows a more soulful side like on the song ‘sweetener.’ Although it would have been tempting to churn out more lackluster mainstream songs or go the other way and try too hard and write a large conceptual album that would have almost certainly fallen flat on its face, she plays to her strengths and created some pop anthems about youth and romance. Although this is not a new theme in music or art, she brings something new to the table with impressive vocals and brilliantly quirky, glitzy and fun production with heavy 808’s and lots of layering.

This album is flirty, fun, soulful and beautiful, but still remains to be a pretty cohesive album despite its occasional filler tracks. This album is not without its faults, however; it has some lackluster songwriting and has relatively simple themes throughout ,but overall it is a very impressive album.

With songs about new romance seeming like a dream that you do not want to wake up from and your partner being a constant source of joy and happiness, Grande does not make any bold claims or social statements, but rather delivers a lovely album that is relatable, new and interesting, which is what a pop album should be. It certainly does not challenge the audience or present thought – provoking ideas but it does not need to in order to be great.

This album can certainly appeal to the masses and does not seem like it will stand the test of time but it is a beautiful and fun album that is a step in the right direction for both Grande and the pop genre, especially in an era where good pop albums are few and far between.

Despite being in a cohort of artists that do not challenge themselves, Grande created an exceptional record that is well worth a listen. 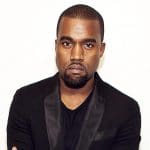 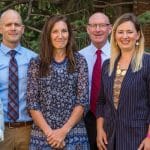