This month, Northwestern’s Te Paske Gallery will hold a retrospective art exhibit, featuring works from the late John Kaericher, a longtime NW professor.  The show includes prints and drawings produced by Kaericher during his time at NW.

“This retrospective honors John’s contributions to NW as both an artist and faculty member,” said associate professor of art and director of the gallery Emily Stoke. “His work shows how much he loved the process of creating, whether with gestural strokes of charcoal or etching needles and roulettes.”

In addition to NW’s gallery, Kaericher has had his work displayed at galleries in both the U.S. and the Netherlands and has been featured in over 30 solo exhibitions as well as 115 group exhibitions.

“John specialized in intaglio printmaking, which includes etching and aquatint processes, and drawing,” Stokes said. “As a printmaker, I appreciate the intensity that comes through in John’s intaglio prints. He revised his copper plates constantly, and the resulting impressions reveal that history. His drawings are fresh and decisive, very gestural.”

Kaericher passed away on May 31, 2017, at the age of 80 after a long fight with cancer. He had been a professor at Northwestern for 42 years, joining the art faculty in 1963 after earning a Master of Fine Arts degree in printmaking from the University of Iowa.

During his time at NW, Kaericher developed the art major, founded the permanent fine arts collection and art gallery and brought numerous visiting artists to campus.

“We received many prints and drawings from John’s collection over the summer, and so this seemed like an opportune time to honor his contributions to NWC” Stokes said on the decision to hold the exhibit now.

The retrospective exhibit will run for over a month, from Jan. 9 through Feb. 23, in the Te Paske Gallery and is open to the public for viewing during that time. 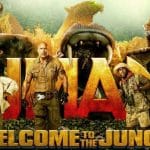 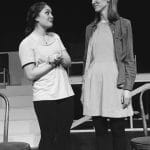