The art of macramé is making a comeback. You can find it hanging on walls in a dorm or trendy home, being worn as purse or holding plants. At Northwestern, Mackenzie Bammer has turned a creative project into a small business to provide beautiful macramé pieces for others.

Last December, Bammer and her mom decided it was time to learn to make macramé. Using the help of YouTube videos, they learned to tie basic knots needed for macramé. The knots form a pattern to create a beautifully simple art piece. After learning the basics, they were able to incorporate their own unique patterns and be as creative as they wanted with their designs. The pattern possibilities are seemingly endless in macramé pieces.

They decided to use their new crafting skills to create something for others and made macramé gifts to give to their family members for Christmas. What started as a fun and creative project took off after the gifts were delivered.

“Our family was very impressed and said a lot of people would like them. This inspired my mom and I—we decided to create a wide variety of projects and sell them at the Tulip Festival,” Bammer said.

Soon, they created their business – Boho Babes Macramé. Together, they craft macramé plant holders, wall hangings and curtains. This spring, they sold their art as vendors at the Tulip Festival. They also hosted classes in their home during the summer to teach others how to make macramé.

“It’s a very fun girls night activity to do, especially because at the end of the night you have something to take home,” Bammer said.

Macramé was a fad of the 1970s, but the art was most popular in Victorian England. Queen Mary taught macramé classes to her ladies-in-waiting in the 17th century. Most Victorian homes had some type of macramé decoration— it was used as clothing, curtains, tablecloths and bedspreads.

In the 1970s, macramé symbolized the Boho style, and was used to make wall hangings, plant hangers, accessories and clothing.

Today, macramé is used by artists to create contemporary and new patterns to find even more uses for macramé. Macramé is created entirely using your hands, and all you need is a material to knot. A pile of yarn can turn into anything the artist can dream of.

“I love creating the projects alongside my mom and spending time with her. I also love the ability to create something beautiful from nothing,” Bammer said.

After it was created in December, the business was Bammer’s top priority to prepare for the Tulip Festival. Now, she is focusing on her nursing classes and her last year of soccer. She is selling items she still has in stock to people who are interested in purchasing a piece of art.

“It is challenging to juggle the business and other commitments. I’m hopeful one day I’ll have more time to focus on it,” she said.

In the future, Bammer wants to continue creating art to sell to others.

“I love the idea of owning my own boutique in the future. I dream of selling clothes, accessories and macramé. I would also enjoy making large projects for events like weddings and things like that,” she said.

To check out Bammer’s macramé creations at Boho Babes Macrame, visit them on Instagram @bohobabesmacrame.

If you’re a student on campus and have a personal business you’d like to promote, contact the features editor at kaitlyn.asmus@nwciowa.edu. 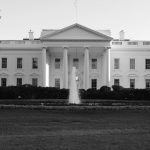