Behind the curtain of Shakespeare’s Macbeth Last Friday, the Northwestern theatre department opened showings of Macbeth, but the performance audiences saw was only the tip of the iceberg. In the weeks leading up to opening night, students and staff worked behind the scenes to set the mood of Macbeth.

“It started out with a myriad of different ideas,” Sabo said. “We ended up with this design because it suited the needs of the show better than having to create different places for each scene.”

Sabo attributes his design inspiration to the renowned architect and scene designer, Adolphe Appia. One of the key elements found in the play is blood, an apparent theme in Macbeth. Catelin Haight works during shows as a blood wrangler.

“My job is to disperse blood for some really cool effects in Macbeth,” Haight said. “Essentially, we hang out in the catwalks and try to be as quiet as possible.”

One might assume that the blood wranglers have a unique angle from which to view Macbeth. However, Haight described the location as quite the contrary.

“It’s very dark,” Haight said. “We can’t really see [the show]. In practices, we could, but there’s a lot upstage that I can’t see because they’re too far out.”

The cast for Macbeth features several actors familiar to the Northwestern stage, as well as some new faces. Freshman Carter Behler plays the character Banquo.

“I have to think about that I’m an older man who has a wife and a child, who he’s willing to protect,” Behler said.

The case is similar for many of Behler’s fellow actors who portray different ages, genders and experiences. Behler’s character also involves multiple roles.

n apparition to Macbeth to show him that what he did is unnecessary,” Behler said.

“It’s a lot of blood in the banquet scene that gets poured onto me,” Behler said, “and a lot of cleaning afterwards.”

Three of the best-known characters in Macbeth are the Wyrd Sisters, a trio of witches that haunts the action. Abby McCubbin enjoys her role as a Wyrd Sister and the opportunity to perform Shakespeare.

“Shakespeare writes for humans in a human manner, how the human ear naturally likes to hear things,” McCubbin said. “The Wyrd sisters are completely different, and that on its own makes them scary. Having words that are scary kind of prompts you to come up with new things to do that are scary.”

As one of three witches, McCubbin works in a collaborative team with two other actors, Hana Spangler and Brianne Hassman, in rehearsal and onstage.

“We all work together really well; we have synchronized thinking,” McCubbin said. “One witch would miss rehearsal and the other two of us would be totally thrown off because we rely on each other so much on cues that we’ve become like one brain. Working collaboratively has been wonderful.Trying to work with other people who aren’t the Witches is always hard because we become scary and what-not, and then we have to work with the other people who aren’t scary at all.”

Tickets are free for students. 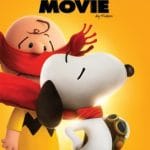 Charlie Brown and the gang are back 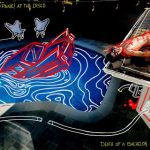 Panic! At The Disco adapts with new sound