With Mac Miller’s first official release, “Blue Slide Park,” it would be easy for listeners to nod their head for a while, pause, then have no idea what any of the first five songs were about.

Here’s the simple truth: Mac Miller is a talented rapper with absolutely nothing to say.

On his earlier mixtapes, Mac was endearing because of his silky smooth flow and the wide-eyed delight with which he viewed his newfound success. The general theme in most of his tracks was simply, “Dude…I can’t believe how awesome all of this is.”

And it worked. He was relatable because we could see ourselves saying the same thing if, at age 19, we were given a mic, a wickedly catchy flow and a stage with thousands of screaming fans.

“Blue Slide Park” is well on its way to the number one spot on the Billboard Top 100. Suddenly, Mac has made it.

So what happens to Mac lyrically when he has adjusted to his fame?

Bad things happen. He’s only 19, after all. Mac isn’t clever enough to match Lil Wayne’s punch-lines. He doesn’t , and probably can’t, think as deeply as Kanye. His stories of drug use aren’t nearly fascinating enough to rival Eminem.

To be fair, Mac’s flow is still intact. It saves several songs (“Frick Park Market,” “Up All Night,” and the album’s title track), and makes them eminently listenable, if the listener can ignore the lack of substance.

And often, one can. Mac’s verses, which are spit at an oddly constant tone, roll off his tongue with a notable smoothness throughout “Blue Slide Park.” It’s easy to spot trouble on the lyrical horizon when an album’s opener contains the line “when life around you changes, try to keep your sameness/try to keep your brain maintaining through the lameness.” Sameness, Mac? Lameness? The only lameness here is a lyricist making up nonsense words.

Throughout the album, Mac’s topics never really stretch beyond parties, marijuana and clumsy attempts to make himself sound awesome.

The closest “Blue Slide Park” comes to a poignant moment is also coincidentally the worst song.

On “Missed Calls,” Mac talks about a breaking up with a girl as he becomes more rich and famous. Unfortunately, the beat is made up of weak synthesizers, and he seems unable to show any real emotional bravery in the lyrics, reverting to a tired “guy loses girl, guy moves on” story. Even the cliché isn’t convincing, since he has just spent the previous 13 tracks bragging about groupie conquests he’s experienced since he became famous.

Miller is unquestionably talented, and this album is going to blow him sky high in popularity. Already, it’s made the kid tons of cash, his music videos have gone viral on, and it is nearly impossible not to nod your head to his irresistable beats on songs like “Party on 5th Avenue.”

But unfortunately, his catchy music is the puffcorn of the current hip hop industry: Edible, but full of air and ultimately unsatisfying. Drake fakes his way to the top of radio charts 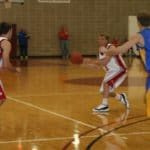