‘Bojack’ back with new season “Bojack Horseman” is perhaps a lesser-known Netflix original series. While on the surface it looks like a simple Adult Swim cartoon, it discusses complex themes such as feeling purposeless and incapable of doing good.

The show bolsters a strong cast, with Will Arnett playing the starring role of Bojack, and supplemented nicely by Aaron Paul playing his trusty companion Todd. The show has the ability to make its audience laugh one moment, then shock them with twisted moments that highlight how dark human, or horse, nature can be in the next moment.

The show follows the titular character as he tries to navigate Holywoo, a town based on Hollywood, as a washed-up sitcom star. Bojack is a horse who starred on a 90s sitcom titled “Horsin’ Around” and has lately been out of work. Throughout the first three seasons, he struggles to find roles that seem fulfilling to him, and also struggles with the realization that his work on “Horsin’ Around” was unimportant in the grand scheme of things. Without giving too much away, Bojack goes through intense character transformations throughout the first three seasons and continues to do so in season four.

Arnett does a fantastic job voicing Bojack. He nails comedic lines but also handles emotional scenes sensitively. While Arnett nails his role, the rest of the cast fills out the show nicely as well. Other standout performances come from Paul, who plays Todd, a person that crashes on Bojacks couch and is often incapable of simple tasks. Todd is used mostly for comedic relief, but grows as a character throughout the series and hits his stride in season four.

The show’s comedy may not be for everyone, as the jokes are often very dry and at times dark. The writers also do not shy away from putting political issues in the spotlight, including episodes that touch on abortion, gun control and political campaigns.

The show also has very dark scenes and even entire episodes during the fourth season. As previously mentioned, the show does not shy away from tackling issues like depression, feeling purposeless and washed up and struggling to find worth. Bojack’s backstory is emotional, and the show does not shy away from emotional scenes minutes after comedic ones. The true strength of “Bojack” is its ability to remain comical throughout, while also offering hard-hitting emotional scenes and character development.

The show’s fourth season is undoubtedly the strongest yet. While previous seasons worked out finding the balance between comedy and emotion, the fourth season finds that balance from the start and continues to surprise the audience with the topics it decides to tackle.

“Bojack Horseman” may not be the show for everyone and is rated mature. Those who cannot stand cartoons, want a simple comedy or do not appreciate the show’s sense of humor may feel out of place watching. But if the huomr and plot line are your style, then it is definitely worth watching. 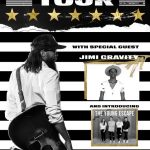 David Crowder to perform at NWC 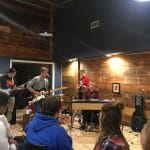 Live music added to the menu