I’m here today to talk to you about a passionate subject of mine, not only as a social worker, but also as someone who has seen others suffer from what is dubbed as the “silent killer.” I am referring to the world of mental health, but more importantly the stigma surrounding mental illness. Due to the coronavirus pandemic in the year 2020, statistics show that 24.3 out of an astounding 52.9 million people received help for their mental illness. This is due to several obstacles including lack of healthcare, the pandemic and society’s own attitude towards mental healthcare.

Attitudes surrounding the stigma generally stem from a misunderstanding or fear. A large part of this is due to inaccurate representation in media today from social media platforms such as TikTok down to movies we have watched since we were children. We see sources of media stigmatizing mental health everywhere, even if we don’t realize it. A simple example could be the movie Joker, which debuted in 2019. The movie portrays the main character as an individual suffering from mental illness, leading him to homicidal and extremely violent tendencies. Studies surrounding the movie show higher levels of prejudice from those who viewed the movie versus those who did not. Although this is just one example, there are many more every direction you look in the media.

On top of supporting inaccurate portrayals of mental illness, it also discourages people from seeking help. This can be detrimental to those suffering, as the help they need to seek out can be lifesaving. It is crucial that we educate ourselves before speaking out on this subject, as research shows that even knowing and having someone in our life who suffers from a mental illness is one of the biggest ways to reduce the stigma. It forces us to face reality and makes mental illness a subject that is much less stigmatized, inviting further conversations. The more that we have conversations surrounding mental illness, the more education and information can be passed to people. This in itself is a huge move towards reducing the stigma surrounding mental health.

The stigma surrounding mental health needs to be put to a stop so society can focus on loving and caring for those affected. Statistics show that one in eight people suffer from a mental illness around the world. With that in mind, let us talk openly about mental health and problems we face. After all, we’re all the same in God’s eyes, right? Why should one trial of ours be any different than another’s just because you cannot visibly see it? The hard truth: It shouldn’t. The likeliness that you or someone you know suffers with a mental illness is great, so it is up to us to act now to end the stigma. 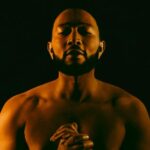 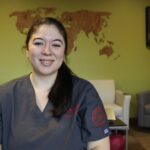