‘Call of Duty’ stays the same “Call of Duty” has never been high art, but it’s the pièce de résistance of the stereotypical shooting videogame. It even surpassed “Halo” as the series people complain about their children playing too much.

No insult is meant to be directed at the genre or at “Call of Duty: Black-Ops 2,” but we now live in the post-”Spec Ops: The Line” universe. Once an incredible deconstruction of the military shooter has been made, it is difficult to just go back to the military shooters. Yet here we are on the precipice of just such a return.

The campaign mode is not the best in the series and lacks the same impact or even the same basic quality of setpieces and level design that previous “Call of Duty” games have delivered.

Branching paths and equipment customization are a small addition to the mixing pot of conventional single-player shenanigans, and the story is at least trying something a bit different.

But ambition, however admirable, cannot guarantee success. The single-player might fall a bit short, but the multiplayer once again will probably be the only thing that a good majority of people care about or remember.

As invariably as the tide, revisions to the multiplayer structure bleat for attention, although in this iteration their coats are shiny, their horns curled and their limbs multi-jointed, drawing longer and more thorough gazes. The overhauling of the class system, for example, that enables players to specialize or discard parts of their loadout is a welcome change.

Choosing weapons and combinations that no one really uses in practical play happened often in previous games, but now players are able to acquire another perk in lieu of a secondary weapon or another attachment instead of a perk.

Score-streaks replace kill-streaks for acquiring big rewards and help to diversify objectives and encourage teamwork instead of competition with teammates to amass the highest kill-to-death ratio, although that still happens. Constantly. It just isn’t mechanically rewarded now.

The metagame might have changed, but under the surface the whirring gears and grinding belts all beat the same cadence that has become part of the annual respiration of the gaming industry. When November comes to call, out plops another “Call of Duty” game. Again and again and again. The regenerating health, the ironsights, the riot shields, the airstrikes. Whether the return of such familiarity is welcome or stale is a subjective point.

Regardless of the franchise as a whole, game developer Treyarch has always been so much better than Infinity Ward at not taking itself too seriously. The marketing campaigns are more tongue-in-cheek, the writing styles are more open to experimentation and not drowned in self-continuity, and Treyarch games have a zombie mode. Why not? Zombies are a thing nowadays. They’re still a thing in “Black Ops 2,” but compared to the impressive multiplayer improvements, the redirection of the zombie modes are limited.

“Call of Duty: Black Ops 2” eventually shows its true colors as an unrefined, somewhat buggy game in single-player but an excellent multiplayer experience when measured against others of its ilk.

So if that’s the sort of thing that gets people going, then it’s fair to declare the game an overall success. 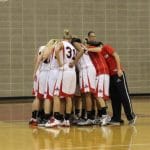 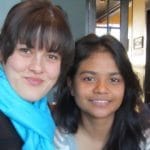