He was also imprisoned  nearly 30 times for civil disobedience in an attempt to stop his civil rights movement and well he was in prison he continued to write letter for his cause. Another event was the Bridge Center displaying virtual tours of the National Civil Rights Museum Virtual Tour. The final event was a Q & A with Mr. Ronald Langston and President Christy. Another element that honored MLK was created by the Community Outreach and Diversity Student Government Committee, called cultural corner. This project “encourages peers to engage with and learn about different cultures, religions and holidays celebrated around the world.” The first project began by recognizing MLK day. Everyday Americans should take the time to honor and thank MLK for all the work he did to be create a connected America, especially on his birthday, Jan. 16. For MLK’s birthday to be known as a national holiday to remember him says a lot about how much he did for America. 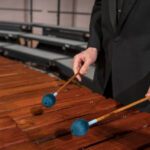 Make some noise for Northwestern percussion 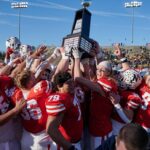 Return of the National Championship