On Friday, Sept. 23, Northwest Iowa voters had the opportunity to hear from six of the candidates running as Democrats in the upcoming general election in November. This event was free and open to the public. The program included Michael Franken, the Democratic candidate for the U.S. Senate, and Ryan Melton, who is running for Iowa’s 4th Congressional District. Other candidates present who are running for state office included Eric Van Lancker, lieutenant governor; (incumbent) Rob Sand, state auditor; Joel Miller, secretary of state; and John Norwood, secretary of agriculture. The Northwest Iowa Candidate Dessert Social was sponsored by Northwestern’s Campus Democrats, Sioux County Democrats and the Democratic parties of Plymouth, Osceola and Lyon counties.

The event began with greetings from all the leaders of the sponsoring organizations. Then the floor turned over to the candidates who each took an opportunity to explain their views and why they would be the best candidate for office. The topics discussed throughout these speeches consisted of the political environment in America, public education, absentee ballots and the government’s role in regulating private corporations’ actions. Michael Franken and Ryan Melton, who are running for federal offices, addressed the Republican candidates opposing them in the election: Chuck Grassley and Randy Feenstra, respectively. Some NW students were then allotted time to ask their questions which addressed issues like term limits, neurodiversity, religious liberty and women’s health care. The students who asked the questions felt compelled to ask about these topics because of recent events or conversations and their passion for public policy.

Junior Jessica Nibbelink took the stand to ask about a topic she cares deeply about: women’s health care. Nibbelink wants to elevate women’s voices so their experiences can be used to promote political change. “It was a great opportunity to have a conversation with these political figures, especially Mike Franken who grew up in Sioux Center like myself,” Nibbelink said. While she was grateful for the opportunity, she remarked that the candidates’ responses did not meet her expectations. “I was a little dissatisfied with how my question was answered by the candidates,” Nibbelink said, “I felt they were more focused on the fact that I was asking a question, as a young person and as the future of politics, than the question itself.” This also rang true for the other NW students who participated.

After the Q&A portion, the night turned into a social hour with delicious treats. The candidates were present during this time and mingled with those in attendance. This gave many people the opportunity to have a one-on-one conversation with the candidates and allowed the candidates to make connections with their potential constituents.

The Northwest Iowa Candidate Dessert Social gave an opportunity for anyone to enter a productive conversation about politics and become more aware of the candidates and their beliefs. All the candidates asserted their love for Iowa and their hope that being elected would drive Iowa towards a better future. 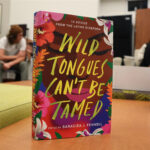 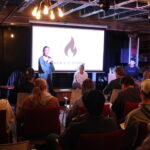