For decades, the Northwestern theatre department has produced an annual children’s show where children are invited to express the joy and wonder of live theatre. Last year due to COVID-19, the department was forced to take a departure from its tradition of busing in 4,000 students from local districts for an in-person production. Instead, theatre professor Ethan Koerner directed a walk-through puppetry experience adapted from the Lewis Carroll poem “Jabberwocky.” This year, however, the children’s show is back in the black box theatre with a production of the famous children’s novel Charlotte’s Web.

“We selected this piece as a ‘welcome back’ to the schools,” director Drew Schmidt explains. “[It’s] something beloved and well known to many kids.”

NW’s theatre department is committed to producing children’s shows every year because its faculty and students firmly believe in its educational impact and ability to bring joy to students. “[Children’s shows] help introduce children to theatre in a way that’s on their level,” explains senior Rebekah Phifer who plays Templeton the rat.

Josiah Troutner, a freshmen who plays the old sheep agrees. “Children deserve thoughtful entertainment, and Charlotte’s Web is a thoughtful show. We have cried at it several times because it covers thoughtful topics—like accepting death.”

This thoughtfulness is one of the aspects of the production that really makes it stellar according to Schmidt. “The more we dive into the story, the more we’ve fallen in love with the message of kindness, of love, of caring for neighbors on the margins,” he said.

Putting on an emotional show often tightly knits a cast together.Because the children’s show is the first theatre production of the year, it offers even more bonding opportunities between the upperclassmen and incoming freshmen. This year’s production is special because almost half of the cast is freshmen.

Tabitha Thatcher, who plays the titular character Charlotte explains how welcomed she felt. “I was very surprised by how inclusive everything is in this theatre in general,” she said. Collin Verschoor, who plays the Gander agrees and states that his favorite part of the rehearsal process has been “meeting an amazing group of people.”

For designers and production crew, the children’s show is often a stressful, but a rewarding learning experience given the short timeframe before opening. This year much of the production crew is comprised of many women trying on new roles for the first time. Sophomore, Maddie Loats, who is stage managing, and junior, Lauryn Berger, who is costume designing, both express how the process has helped them grow as theatre artists, whether through time management, leadership or communication skills.

Others learned that they were capable of more than they could imagine. “I’m not a natural designer, and this was my first design ever,” said senior Karisa Meier who designed the set. “So I was very nervous about executing it in a way that would be true to what I imagine. But, I have learned that with a lot of help I ended up actually being able to pull it off.”

Students who come to see Charlotte’s Web should expect to see the fruits of the hard work of these students. They will see clever and charming costumes, lights and sound working in magical harmony, and a quirky, childlike set.

For the performance audiences can look forward to “much buffoonery,” according to sophomore, Maddie DenHerder who plays Lurvy. “People should expect to laugh, to have a good time,” Phifer elaborates. “They should be prepared for a more emotional show than they were expecting from the children’s show. And they should expect to get involved.” Thatcher summatively states that audiences will “laugh, cry, and everything in between.” 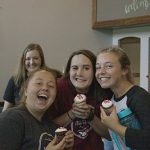 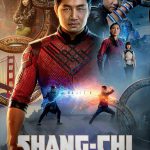 A new success for the seemingly unstoppable Marvel