Indie-rock band Cold War Kids released their eighth album “New Age Norms 1” on Nov 1. The album is the first of a trilogy of short, eight-track albums.

This change in album length was inspired by Kanye West and his previous release of shorter albums “Pusha T,” “Nas” and “Kids See Ghosts.” Lead singer Nathan Willet felt that he wanted the band’s album to be “without the baggage and hoopla of a full record/tour/concept – more spread out – loose and inspired,” which he told Billoard Magazine. The album is meant to lack cohesiveness and be somewhat undefined.

It starts with a light, laidback electric guitar that pulls in the listener and grows, adding the tambourine and then a children’s choir before hitting your ear with heavier bass guitar and drums. The opening track’s name “Complainer” makes the listener ponder. It delves into the idea of time and social media, a very hot topic today.

College students can either find resonance or rejection in the line ,“You say you want to change this world / Don’t sit around and complain about it.” Cold War Kids uses the catchy tune to keep its listeners hooked while calling them out all at the same time. Though listeners don’t seem to mind this fact, as the song is already in the number five spot on Cold War Kids’ top songs on Spotify.

The next song, “Fine Fine Fine,” rings with a sentiment not often heard in today’s live fast, die young world, questioning, “Why would anyone want to stay young? / No nostalgia, I’m glad that it’s done.” The opening drum set and piano mix mirror Elton John’s “I’m Still Standing” that challenges you to prove them wrong. They are loud and proud to say that they are happy to grow old. At the peak of the song, Willet even starts to change to a country twang that emphasizes just how versatile the band can be.

Which is why their track “Beyond the Pale” is the best, and least like the others, track on the album. The soft piano ballad had my attention instantly. Framed by the hard-hitting tracks, “Waiting For Your Love” and “Dirt in my Eyes,” this song sticks out. It displays the band’s ability to strip everything back to a core of simple piano chords and powerful vocals and still capture your ear.

But while the track feels like a ballad that is professing the sadness of someone missing their love, the lyrics tell a different story. It starts with Willet saying he is tired from all the nights traveling. He strikes up a conversation with someone: “Just a simple conversation / It don’t mean anything.” But that conversation turns into an infamous late-night talk that has him reminding himself, “I’ve already got somebody / Somebody waiting at home.” Near the end of the song, he admits that something happened with the unnamed other person  he met on tour, but that it doesn’t matter since it was while he was away.

This is not exactly the love song every girl wants to hear their lover sing to them on a cold night when their heart needs warming. Yet it is another new age norm that many people hold. People nowadays can have a significant other while still swiping on Tinder to look for their next emotional high.

The rest of the songs are a mix of the three genres displayed in these songs. “Dirt in my Eyes” takes on the gritty feel Cold War Kids is known for and “Tricky Devil” croons with a dark, intoxicating vibe. “Calm Your Nerves” alludes back to the piano ballad while adding a bit more beat. Cold War Kids remains in their element of indie-rock roots with a few more pop nuances thrown in.

Overall, the captivating lyrics catch you off guard with every listen. Take a second to soak in the soulful tunes and you won’t be disappointed. Four stars. 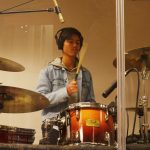 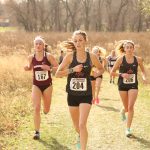