Full Colour by the Paper Lions could have been conceived by a child born in the late 2000’s, with no musical knowledge other than pop, who binged watched the entirety of Saved by the Bell and then wrote a full length album. Its delightful blend of cool, throwback-quenching synth and deliciously fresh peppy, poppy beats makes for an eternally repeatable 11 tracks.

Following several awards for their EP 6-pack, the group released yet another award winning album, Chucky Danger, in 2007.

In 2008 the band decided to change their name to Paper Lions and has released four full-length albums since: Paper Lions, Trophies, At Long Creek and My Friends.

Led by the two grand slam songs, “My Number” and “Don’t Wanna Dance,” Full Colour has been sweeping the music charts, capturing hearts of 80’s and 90’s babes everywhere, as well as surprising the following Paper Lions has already gained with yet another facet of their musical genius.

Songs like “Take a Look at My Girl” squeal with teenage fangirl glee and warrant jumping on a bed while singing into a hair brush.

“Born to Rule,” starting out with acoustic piano and a ‘Bon Iver’ vocal effect, morphs into the best Austin-Powers-meets-video-game battle cry.

Rounding out the album is “Best out of You,” an ethereal, broken-heart song that transports the listener to a cold, winter cabin covered in snow and lost moments.

The only thing missing from this album is their classic folk-indie sound, the key music style that brought them their cult following. While many applaud this creative venture of breaking out of the traditional box, certain fans complained of missing the familiarity of the tight, acoustic sound in At Long Creek or the slightly angsty vibe of Paper Lions, saying that it was straying too close to the mainstream.

However, the catchy, addicting beats and soaring choruses have made many new fans believers and the album is the capstone of Paper Lions’ journey as a band. From their first album Colour, they have continually produced new and creative music that has swirled to completion in the wonderful, light-filled Full Colour. 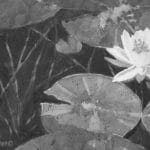 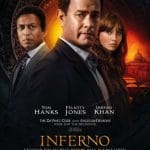