Let’s talk about confederate statues. I understand that, for this topic, there are many opinions, and if you would like to share them with me, I would be glad if you did. My goal is not to condemn anyone. I only want to express how I feel.

That being said, I believe that the removal of the confederate statues in America is not an example of erasing history but rather a seeking to mend hurtful wounds that have plagued our country for years.

Within American culture, we seem to be enamored with the Civil War. We praise every part of it and hold it to the highest of glory. Don’t believe me? Look around and you’ll see a vast number of blogs, movies, and of course, the statues.

To say we are not obsessed is to lie to ourselves.

I won’t say that I am not guilty of this obsession. I visited Gettysburg three years ago.

This glorification of the Civil War came out of discomfort to confront real issues like the enslavement of African Americans and the realization that the “United” States was deeply divided, a nation that hated each other.

In an effort to begin repairing relations, the war became less about the good guys versus the bad guys and more about the chivalry and honor on both sides.

This can be seen with groups such as “The Sons of the Confederates,” and the movie “Gods and Generals,” which paints General Stonewall Jackson as a man of honor. That is great and all. Until you realize that he fought for the preservation of slavery.

Since we allowed for the transgressions of the Civil War to be forgotten, a rise in pride for the Confederacy arose. The idea of the “Lost Cause” became more and more mainstream, allowing the Confederacy to live on in the American consciousness. And with this “Lost Cause” motif came this desire to glorify the Confederacy with statues in major towns and cities.

The idea of the statues themselves was never meant to preserve history. They were meant to glorify the men and to hurt African Americans.

We know this for two reasons.

One, history is told in many ways. We have thousands of books and documents on the Civil War. We have thousands of artifacts in the museum. If every statue of Robert E. Lee was taken down tonight, we’d still remember who he was. We’d still have evidence of his existence. To say that we’d forget really puts into question the intelligence of the American people, and personally, I find that insulting.

And two, if we look at the data, the construction of confederate statues peaks in the early 1900s and then the 1950s and 60s.

The significance of those times is that in the early 1900s, states passed a series of Jim Crow laws to suppress the African American population, especially in the South. In the 1910s, movies like “The Birth of the Nation” and the reemergence of the Ku Klux Klan led to more desires of white supremacy.

The 1950s and 60s marked the Civil Rights movement. The statues erected then were a response to African Americans asking for equality.

The reality of the statues is that they were never intended to preserve history. They were meant to glorify. They came out of refusal to accept the horrors of the Civil War and our nation’s allowance of the “Lost Cause” theory. The purpose of the statues was meant for suppression.

I feel that it is within our duty as Americans to support the removal of statues. Because it is a reminder of inequality, not history. 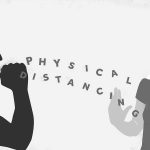