Cross country crew will yeet their feet in Florida

With the 2022 cross country season finale, four athletes travel to Florida to compete in the NAIA Cross Country Nationals. Emily Haverdink, Katlyn Wiese, Caitlin Alberts and Joseph Kunert are the Raider athletes that are being acknowledged for their GPAC awards and the opportunity to run in the sunshine state.

Freshman Emily Haverdink was nominated runner of the week for GPAC twice this season. Emily’s best runs of this season are 18:46.35 (5k) and 23:26.30 (6k). Haverdink received all conference GPAC honors after her second place run at conference, putting her in a spot at Nationals in Tallahassee. Haverdink is grateful for how her team placed at the Dordt meet with most of the ladies running a personal best.

“I’m so thankful to have the opportunity to compete again at Nationals and use the gifts the Lord has given me to bring honor to Him,” Haverdink said.

Senior Katlyn Wiese received GPAC All-Conference awards after the GPAC Championship where she placed third. Her best run of the season is a 19:08.5 (5k). Because of her third placement at the Championship meet, Wiese will also run in Florida. Her favorite part of the season was the Dordt meet as well because of the major accomplishments the team had.

Sophomore Caitlin Alberts will also run at Nationals. She placed nineteenth at the GPAC Championship with a time of 20:03.6. Albert’s favorite memory of the 2022 season was the training camp in the Black Hills.

Alberts said she “love[d] getting to know all [the] new teammates and the atmosphere [was] so fun.”       Senior Joseph Kunert received the All-Conference GPAC award for his ninth place finish at the Championship. Joseph’s best career runs are 27:23.0 (8k) and 22:03.4 (4M). One of Joseph’s favorite memories of this season was his run at the Dordt meet. This PR placed him in the NW school records for one of the sixth fastest times.

The Dordt meet was his favorite because of the support his teammates showed him. “The team was really happy for me and that just shows how much they care about people,” Kunert said.

Coach Barke also expresses his excitement for the National meet and the experience these athletes will gain. The performances at Nationals this Saturday will hopefully reflect, if not exceed, the success of these student-athletes. 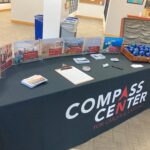