Miley Cyrus’ seventh studio album is an 80s pop-punk and synth homage to rock and pop’s greatest hits. It feels like a step toward truer self-expression and less music industry assembly line product to a degree.

“Plastic Hearts” at times comes across as an homage to her influences for this record. There are clear punk influences, to which Cyrus can more than match vocally.

She wears her influences on her sleeve as she features artists like Joan Jett of the Runaways and samples Stevie Nicks, both of whom she derives her finished product from.

The last two songs, covers of classics like Blondie’s “Heart Of Glass” and the Cranberries’s “Zombie,” are also clear indicators of what inspired this latest effort.

In this record we get a taste of a more raw and raspy vocal presence that feels genuine and meaningful.

At other times however, the record feels like it is simply cashing in on the trend of 80s nostalgia that has been popular recently.

Groovy baselines and synthesizers are musically appealing but seem severely out of place within the rest of the album. A few songs pay tribute to her country roots and influences and they more than deliver.

The biggest problem of the record is definitely a lack of direction. As mentioned before, the album appears split. At times, it attempts to be a pop-punk throwback. Other times, it is introspective and heartfelt country. As if that wasn’t enough, it also plays to synth-pop heavy radio bait.

It really casts suspicion on whether having different people produce different songs, as opposed to one person producing the whole record, was a good idea.

Cyrus takes a step back from dumbed-down pop lyrics about having a good time and singing about love to tackle more mature themes. She addresses her recent controversies and public image.

She is introspective and her lyrics, when she is not too busy using explicit language to make herself seem more mature, really hit home. She delivers reflections on her past, her behavior and lifestyle that truly humanize her and gives listeners a glimpse behind the curtain of her controversial career.

One such song is “Golden G String,” a more acoustic-based song where Cyrus reflects on her past and offers explanations for her actions. The song is a testament to the cursed nature of fame, the huge power media holds over artists and the influence of public opinion.

Another standout and perhaps the best original song, “Angels Like You,” is 80s rock ballad perfection. Her open-throated vocals shine and convey every emotion intended. The instrumentals accompany her in her journey and add to the emotional power of the song.

“Midnight Sky,” the first single released for this album, is groovy and synth-heavy. There are some rock influences in the song as well, as power chords ring out during the chorus, which adds layers to the song and elevates it beyond the other, more lacking, floaty-synth tracks.

The last two songs of the album are covers mentioned before. Sadly, these are most likely the songs that stick out the most. Cyrus delivers perfect covers of these songs while adding her own flavor and setting them apart enough to be called her own.

Yet in the end, the songs are successes because of the people who wrote them, and it detracts from the record that the best parts are not original.

“Plastic Hearts” is a bold step away from her track record, and yet it is a welcomed one. Cyrus’svocals and demeanor carry this album through and through. She really shines in more rock and punk based songs, more effectively delivering her message in the louder more chaotic medium.

This is clearly evidenced in her amazing takes on rock songs covered toward the end of the record. However, the record has a substantial lack of identity, never quite being able to decide what it wanted to be. 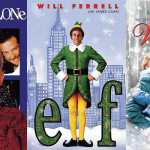 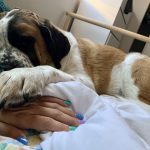