The Northwestern volleyball team came up short in a hard-fought GPAC quarterfinal game against No. 15 Doane on Tuesday night 3-0 (25-16, 25-23, 26-24). After the win Doane will advance to the GPAC semifinals against No. 2 Hastings.

Junior Jessica Jensen and freshman A.J. Horstman each had 11 kills on the night, while sophomore Lauryn Hilger added eight of her own. Senior Jessa Doom added two kills and sophomore Jill Vander Plaats recorded one. Doom sparked the Raider attack with 28 assists in the game. On the defensive side, NW was led by senior Jillian Estes’ 18 digs. Hilger added 12 digs, while senior Brooke Van Gorp chipped in 11 of her own.

The victory pushes Doane’s overall season record to 23-7, while NW falls to 18-17. NW will now wait and see if they get an at-large bid to the National NAIA Volleyball Tournament, but will have to remain patient until Monday, Nov. 14 to find out for sure. The field includes 44 NAIA schools and the Raiders are currently receiving votes in the latest NAIA polls, but are not ranked in the top 25. 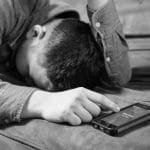