Despite a dominant effort on Saturday night, the Raider men’s soccer team fell 1-0 to Doane. A blitzkrieg of shots on frame did not lead to any goals as Northwestern dropped to 5-5-1 (1-1-1 in the GPAC) on the season as the calender flips to October. NW came out of the gates as the superior side. Sophomore Koray Karakas had a fine header turned away in the fifth minute, and junior Gabriel Goncalves was denied by the crossbar off a free kick in the 12th.

Doane earned a corner kick in the 34th minute. After a miscued clearance, the Tigers sent in a low cross that pinballed around in front of NW’s net. The ball deflected off a Raider foot and slipped into the back of the net.

“I felt like we recovered well after the goal,” sophomore Aaron Bosch said. “We were all over them, and it was an unlucky goal. We felt like we were going to one back soon.”

Doane’s defense bent but didn’t break in the second half. Their goalkeeper was forced to make nine saves as the Raider attack continued to create chances.

After a rough tackle in the 76th minute, a Doane player began to shove sophomore Tukker Bogaard. Bogaard, who received a yellow card for the challenge, reacted by putting his arms straight up in the air, and the assistant referee rushed over to separate the two. The pressure was heating up for both squads.

In the 82nd minute, Goncalves ripped a volley from just outside the top of the box. It appeared to be the equalizer, but a reaction tip save by the Doane goalkeeper sent the ball of the crossbar.

NW got 30 shots off in the contest; 12 were on target. Doane managed only nine shots with four on target.

“I’d say that goalkeeper had close to the game of his life,” Bosch said. “He may never play that well again.”

Bosch had four saves in the contest.

NW will look to get back on the winning train with a 3 p.m. contest in Lincoln, Neb., on Saturday against Nebraska Wesleyan. 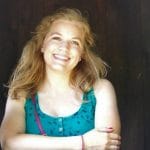