Some may argue that Fern is the luckiest dorm due to its luxury of being attached to the cafeteria. While going to eat, the women of Fern do not have to venture through 35 mph winds and endless patches of deadly ice that remain disguised and appear safe to walk on until you find yourself on your back instead of your feet.

Though this is indeed an extravagance that many students dream about, especially during winter, the convenient merger isn’t the only feature of Fern that benefits its residents on a daily basis.

Four years ago, Fern Resident Director (RD) Lisa Barber reminisced back to her childhood years and came up with the idea for a dorm dress-up bin. The summer after completing her first year as an RD, Barber bought a significant amount of clothes at a Salvation Army in Chicago to officially put her new plan into motion.

“It quickly outgrew the trunk we kept everything in,” Barber said. “People continually donated old clothes to the bin.”

With its diverse array of knockoff, vintage, retro and straight-up obscure items of clothing, Fern’s dress-up bin has proved to be especially useful for certain campus events that encourage “not your everyday” outfits such as Bingo Night and LAMROF.

Complete with a makeshift dressing room, Fern is now essentially an entire department store at your fingertips, free of charge. Though you may find a pair of outdated overalls instead of a pair of hip American Eagle jeans with trendy tears and rips, you can bet that if you’re in a dress-up mood you’ll find something that catches your interest. Who wouldn’t want to wear a sweatshirt that says, “Jesus can mend your achey brakey heart”?

Now just because the ladies of Fern have the privilege of reliving their childhood and dressing up in frilly prom dresses does not mean that they never act their age.

Every month the dorm gets together for a night of insightful discussion called “Mug ‘n Muffin” where the ladies are encouraged to participate in conversations that range in subject from personal testimonies to struggling issues.

On Feb. 1, Fern kicked-off their spring semester Mug ‘n Muffin series. The Stegenga RD Rebecca James spoke with the ladies about the importance of not comparing themselves to others.

“I would love to see this discussion yield fruit of healthy self-identities and genuine relationships amongst the women in Fern,” Barber said.

From dressing up in bedazzled hot pink pantsuits and mad scientist wigs to discussing profound and significant issues, Fern residents are host to a unique place that catches interest through both mature and immature methods. 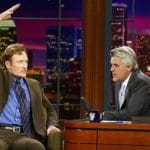