The corridors of Stegenga Hall are usually quiet, but some nights you might hear the laughter of freshman Emily Kraft as she sits and visits with all who will listen.

Her presence can be felt around campus as she engages in classes, heaves the shot put at track practice or laughs hysterically with friends.

On the outside, she looks like a typical Northwestern freshman, eager for what the next couple of years have to offer.

Not much seems out of the ordinary when looking at Kraft. All the boxes are checked for the stereotypical NW student, but one thing is not what you would expect.

Kraft is the daughter of a future Samoan chief.

American Samoa is a cluster of seven Pacific Islands sprinkled in-between New Zealand and Hawaii. All the islands stretch out a little over 86 square miles, about six miles more than Sioux Falls, S.D.

These islands are home to more than 55,000 people of Polynesian descent, indigenous seafaring people of the Pacific and the subjects of the Disney film Moana.

When watching the 2016 Disney princess film, Kraft quickly identified the animated princess as herself – minus Maui, a chicken and superpowers.

Kraft’s grandmother, Siutulei ‘Lei’ Tupau, was raised in the village of Vaitogi, American Samoa, where her father, Tanielu Tupua, reigned as high chief, or matai. Her mother, Fale Soliali, was also the daughter of a high chief from another village.

The death of Lei’s father left the title being passed around, never securing a continuous male line. The current titleholder is a childless cousin of Kraft’s father. Upon his death, Kraft’s father is next in line for the throne.

The duty of the high chief is to look after their family and the village, using their influence to delegate with neighboring high chiefs and protect the village property and lands.

Coming from an important Samoan family, Kraft’s grandmother held tight to her culture, instilling her heritage in Kraft and her siblings throughout their childhood.

When Kraft would compete in sporting events, she often heard her grandmother yelling things in Samoan. Her only thought was one of amusement, “Ugh, Grandma, speak in English.”

However, Kraft has never felt ashamed of her noble Samoan heritage.

“It’s something I have been aware of my whole life,” she said.

The Kraft family has taken two trips back to Lei’s childhood village. In 2012, she was accompanied by her grandmother, at this time sick with pancreatic cancer. Gifts of tuna and plantains were showered on the Iowa family. Everyone was thrilled to have Kraft’s grandmother back in Samoa.

Knowing Lei was ill, people pampered her, constantly rubbing and massaging her hands and feet. This was last time Kraft’s grandmother would be back at her childhood village.

The Kraft family returned to the islands in 2018.

“People saw me and thought, ‘Who is that white girl?’. All I would have to say was how my great grandfather was Chief Tupua, and they would understand,” Kraft said.

It is not clear if Kraft’s father will accept the title of high chief. The people of Vaitogi realize the commitment and have voiced their understanding if the Iowan chief turns down the title.

Until then, it is a waiting game. The current chief must die, and then Emily’s father will receive the call. If he were to take the title, a large ceremony with elaborate celebration and clothing would await his return to the island.

“Being the daughter of a future chief is chill,” Kraft said, “I’m just proud to be Samoan.” 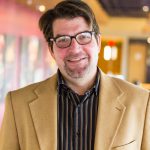 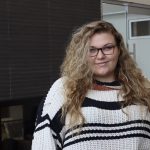