Exploring the world of James Bond The name is Fleming. Ian Fleming. And I created the amazing and absolutely riveting, not to mention a little studly, character that the masses know as James Bond. Today the world will witness another ‘Spectre’cular moment in time as Bond yet again traverses the world of crime and delivers justice in a clean cut suit and irresistible smolder. Since this week is the 24th anniversary of the Bond films, I’ve decided to impart some history of how this beloved character came to be.

Bond originally started as a completely imagined character in my novel series. But now, the Bond films are currently the third highest-grossing film series in the world, which keeps my deceased novelist spirit alive.

The MI6, or Secret Intelligence Service, was Bond’s spy home. There he was referred to as 007 and operated as a Royal Naval Reserve Commander. I created Bond out of several naval intelligence officers I had met over the years, including my own brother Peter who was an essential cog in the behind-the-lines wheel in Norway during World War II.

Believe it or not, I decided on Bond’s iconic name after meeting a Caribbean birdwatcher named James Bond. I had wanted my character to be rather dull who had extraordinary things happen to him and I decided that this name was about as plain as I could get.

Many of my own traits are reflected in Bond as well. He is terrible at golf and rather addicted to gambling. I would like to say that his love of espionage and dashing good looks came from me as well, but alas, many readers of my first novel Casino Royale, published in 1953, created an image of Bond that looked nothing like me.

Now, more than 60 years later, many versions of Bond have graced silver screens across the globe. Sean Connery was the first to make an appearance. Who wouldn’t love that sweeping black hair and winning smile? After five successful films he was succeeded by George Lazenby and then reappeared in the seventh film.

Roger Moore has the longest standing run as Bond with seven films, including three box office hits that reigned on the top of the charts for several years. Timothy Dalton briefly took over for two films.

Bond hit his major renovation in Pierce Brosnan, who first established the emotional side of Bond. This was further played out in the current films, when in Skyfall we first catch a glimpse of Bond’s childhood.

Today, the esteemed actor Daniel Craig is taking Bond to the next level in the new movie Spectre directed by Sam Mendes. I must admit, Craig’s ice blue eyes and poker face give Bond just the right amount of cold and calculating he needs.

Of course, Bond would be nothing without his girls. Film after film, a new beautiful face and spicy personality lights up the screen along side 007. The Bond movies have paved the way for leading ladies as action stars, giving start to series like Mission: Impossible and the newly renovated Sherlock Holmes movies.

Epic scores have ensued, amassing their own fame aside from the films. Skyfall’s title theme by Adele rocketed the most recent blockbuster to fame. This year, there have been rumors of Lady Gaga, Sam Smith and Mary J Blige being involved in creating the next sound for Bond.

It has been a whirlwind of new faces, new escapades and new Bond girls who have swept my love of espionage into full fruition. If I was alive to witness the splendor of the newest Bond creation I’m sure I would echo the spy’s sentiments when he said, “Now, there’s a name to die for.” 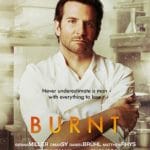 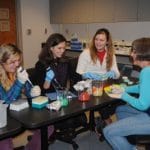