Fleet Foxes’ fourth studio album is an hour-long session of sunny indie-folk and bright melancholy that feels like a much needed warm embrace.

“Shore” is a departure from the rest of the Fleet Foxes catalogue both lyrically and instrumentally. It appears that Robin Pecknold, the mastermind behind all Fleet Foxes’ records and EPs, has set aside his more solemn themes in favor of sheer beauty and warmth.

This record is a consistent ray of hopefulness in the room. Every song is incredibly feel-good in nature without being too sappy or overbearing. It is as if The Beatles’ “Here Comes the Sun” decided to write an entire album.

Lyrically, “Shore” is uplifting, loving and caring. The theme of the album centers around the growth of people and the attitudes we must take when faced with hardships. This reflects the growth Pecknold himself has experienced in his career as he no longer broods in gray thoughts and somber themes like in his past efforts.

Pecknold has learned his lessons and looks forward to the future, even if it may not be as bright or as beautiful as his songs.

“Shore” strays from the more folk-inspired and marching band tunes of past efforts and away from the more experimental sounds of their past. Instrumentally, the record is very minimalist at times and more deliberate than before.

Most of the album is carried by the sounds of piano and soft acoustic guitar. Long-forgotten seem the days of the more bluegrass inspired efforts like “Helplessness Blues,” their second studio album.

There are occasional brass sections that accompany the powerful acoustic sound, never intruding too much, just accentuating the already established bass sound. The percussion is minimal, not carrying the rhythm, but softly adding build-ups and climaxes.

Fleet Foxes is well known for their impressive vocal work which they definitely deliver in this record. Pecknold provides his usual impressive vocal range that at times reminds me of Bob Dylan and sometimes too closely imitates Brian Wilson of Beach Boys fame.

There are also complex arrangements where multiple voices provide harmonies that take center stage, many times becoming the very instrumentation without sounding too much like a cappella.

There are also brief choruses of children, a female voice singing in Portuguese and more to add variety and a sense of exploration to the record.

The first track of the record, “Wading in Waist-High Water,” is an impressive opening to the album which properly establishes the sonic feel of the entire effort. Driven by piano and soft acoustic guitars, featuring lead vocals by Uwade Akhere, the song is emotional and personal.

Another standout is the third track of the album, “Can I Believe You.” Opening with vocal harmonies, acoustic and a rare clean tone electric guitar, the song displays Pecknold’s soothing vocals and is perhaps the most straightforward song on the record. The mixing of all the different parts really stands out, as with most of the record.

Halfway through, another memorable track, “Maestranza,” presents a nice change of pace as it is perhaps the most rapidly paced song. The instrumentation on the track is commendable, having all been recorded by Pecknold himself except for drums and percussion.

Even though Fleet Foxes stepped away from their more abstract and experimental sound and embraced their shimmering folk sound, “Shore” is undoubtedly a success.

This does not mean that there is nothing left to be desired. Sadly, at times, the record struggles to come out of the feel-good mood-album box. The album is strong as a whole, but individual songs fail to stand on their own when taken out of the record’s context.

“Shore” is a celebration of the hardships of being alive, a bright, warm light in troublesome times. Fleet Foxes prove once again that they are anything but ordinary and that there is brilliance in their craft.

Nonetheless, their sound is definitely nuanced and not very approachable by a listener without a deep musical background. Yet, the record is beautiful without a doubt. 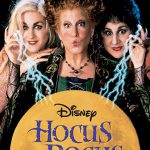