The Raiders made the trip to Mitchell, S.D. a successful one, pummeling the Tigers of Dakota Wesleyan 41-13 on Saturday night.

The action was initiated by senior receiver Eli Groenendyk on the opening drive. His catch and run for 24 yards and a score put Northwestern ahead early, 6-0.

Senior running back Brandon Smith went 38 yards for a score on the first play of the second drive, adding to the Raider lead. The next two scores also came from Smith on 50-yard and 38-yard runs to extend the lead to 27-0.  The Tigers scored their only touchdown late in the second quarter on a 26-yard pass.

Just before the end of the half, junior running back Theo Bartman ran 66 yards to make the score 34-6 going into halftime.

Bartman got his second touchdown on a 16-yard run to seal the win for the Raiders.

“We pretty much picked up where we left off last week,” said junior linebacker Nate Van Ginkel. “We try to emphasize that every week has to be better than the last.”

This win over the No. 25 team in the nation advanced NW to a 5-2 record on the GPAC, 7-2 on the season. However, the coaches’ votes in the most recent poll were not kind to the Raiders, who actually dropped a spot to No. 17.

Smith rushed for a total 163 yards on only 14 carries, averaging over 11 yards per carry.  Smith now has a total 1,108 yards this season, the third season in his career he has had over 1,000 yards.

Bartman had 105 yards on 21 carries and racked up two scores. This puts his yard total on the year at 895 rushing yards.  This game makes it the fifth time this season the pair of backs have both gone over 100 yards in the same game.

The Raider defense showed no hesitation in handling the Tigers, holding them to 188 total offensive yards. NW did not allow a first down for Dakota Wesleyan in their first four possessions.

“Overall, we played extremely well except for turnovers,” Van Ginkel said. “This put the defense in some tough positions.”

The Raiders will hit the road to play at 1 p.m. tomorrow afternoon in Hastings, Neb. 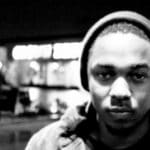 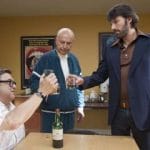