As the college football season winds down, we have a better idea of which teams will be in contention for a College Football Playoff (CFP) spot and the top bowl games. Each of the top four schools in the CFP Rankings won easily on Saturday, so the top four will remain as Alabama, Clemson, Notre Dame and Michigan.

Other schools currently on the outside are Georgia, Oklahoma, LSU and Washington State. This year has seen the rankings shift frequently, but Alabama and Clemson have remained at the top for the entire season.

Alabama and Clemson have met in the CFP in each of the last three seasons, with two of those games being the National Championship. They are both likely to meet again based on their high level of play this year.

As for Michigan and Notre Dame, they will have tough matchups to finish the season. Notre Dame will face 13th-ranked Syracuse on Saturday and USC on Saturday, November 24. Notre Dame will not play in a conference championship, which creates “must-win” scenarios for their last two games.

Michigan has Indiana and #10 Ohio State to round out their schedule. The Michigan-Ohio State matchup will likely determine the winner of the Big Ten East division.

For fans of local teams, Iowa will fall out of the rankings after losing to Northwestern 14-10 last Saturday. The Hawkeyes were ranked #21 in the CFP Polls and will face Illinois and Nebraska in the next two weeks.

The 23rd-ranked Iowa State Cyclones continued their 5-game winning streak last week versus. Baylor and will play #19 Texas in a pivotal Big 12 matchup on Saturday. Nebraska is currently out bowl eligibility with a current record of 3-7 and will play against Michigan State and Iowa to finish their season. 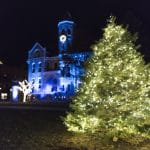 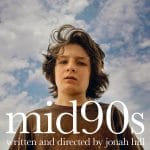