Amidst the multitude of attention-grabbing headlines of 2017 has been the frequent updates on the situation in North Korea. The conflict has garnered the attention of many newspapers and readers alike. However, news headlines do not always do the complexity of the conflict justice. The rising tensions surrounding North Korea, South Korea and the United States have complex and unique origins, implications and effects on the world today.

To fully understand today’s conflict, it is important to look at the recent history of North and South Korea. Following World War II, Korea was split into northern and southern regions, with the north aligning with the USSR and the south aligning with the U.S. Shortly after WWII, what is now called North Korea invaded South Korea in a military conflict that would come to be known as the Korean War. China gave support to the northern side, while the United Nations and U.S. gave support to the southern side. Ultimately, South Korea retained independence, but the relationship between North and South Korea would remain irreconcilable.

In recent history, North Korea has placed a heavy emphasis on military spending. The country spends 23% of its Gross Domestic Produce (GDP) on its military and currently holds the world’s fourth largest army. North Korea has also steadily increased spending on its nuclear research projects, much to the dismay of South Korea, the U.S., and the rest of the United Nations. The U.S. and its allies view the Kim dynasty as irrational actors and have made keeping nuclear weapons out of their reach a top priority.

The U.S.has successfully prevented North Korea from receiving nuclear weapons from other nations but failed to prevent them from developing nuclear weapons of their own. The strategy applied so far has been limiting trade to North Korea until missile production was stopped. This has proved ineffective because the country receives over 80% of its trade from China, which has been unwilling to put sanctions on North Korea.

Recently, North Korea has developed longer range missiles and very recently has declared that it has the capability to equip these missiles with nuclear warheads. It is possible that North Korea currently possesses weapons that could strike the west coast. It will be interesting to see if the Trump administration continues to push sanctions and threats, or searches for a peaceful solution. 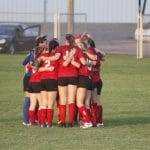 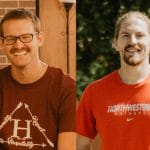