A phrase often mentioned during prayer, whether on campus or in  many modern churches is “Where two or more are gathered in Your name, You are among us”. Often, the implied meaning is that when we gather together in prayer or gather together otherwise, the Lord is with us in that. However, despite this phrase’s plentiful use, I have not once heard it used correctly.

This phrase comes from Matthew 18:20, when Jesus says, “For where two or three are gathered in my name, there am I among them.” Given the biblical roots of this saying, it is then important to look at the biblical context as well.

The passage begins in verse 15, ending with the popular verse 20. At this point, Jesus is speaking to his disciples, specifically regarding church discipline—not prayer nor fellowship. In verse 15, he sets up the thought by laying out the first step: the wronged is to talk directly to the wrongdoer. If they don’t repent, step two is verse 16: to bring another one or two more additional witnesses, whether witnesses to what was done or witnesses to the fact that what was done is in fact wrong.  If they still don’t repent, verse 17 says to bring it to the church (which would specifically be the elders). If even then, the wrongdoer refuses to listen to the church, they are considered to be apart from the church. Jesus went as far as to refer to them as “Gentiles and tax collectors” as a way to give an analogy to the Jews he was speaking to, who would have heard that and been disgusted by the thought of such people.

He then uses a metaphor (“binding and loosing”) to explain that at this point, if the wrongdoer sincerely repents and is forgiven, they are then forgiven by not only the person wronged, but also by God. If not, and they don’t seek forgiveness, they are neither forgiven by the person nor the Lord. From there, prayer comes into play in verse 19, not in a general sense, but in the same context. This is with regards to gathered believers’ prayers regarding forgiveness for transgression.  This leads up to verse 20, which is then a link between the preceding thoughts and the idea that within the context of church discipline, there is a connection between us and the one just judge, God himself. When people are assembled in the name of Jesus Christ (not vainly, but in full submission to his governance), he is there with them, in all justice and mercy.

Why does it matter to use this scripture in its right context? Why should we not continue to use this passage as we generally have? First, as Christians, we recognize that the word of God is authoritative and without error (2 Timothy 3). Second, we recognize that our own standpoints are not authoritative, nor are they without error. However, they can be formed and informed by a sound yet humble look at what scripture says, looking to see what God says through the text in its context and pulling the information from this as opposed to looking for what we want to see in the text or pulling text to support our beliefs. The latter ways of operation lead to things such as misrepresentations of the text, not unlike that which spurred on this piece. If we are to represent our Lord, as we do by bearing the very name of “Christian,” we ought do so in an accurate manner, with the right motivations: never for our own reasons, but for God’s glory alone. 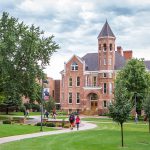 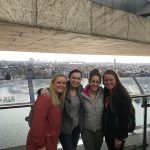