“Miss Anthropocene” is the latest release by one of music’s most mysterious pop creators, Claire Elise Boucher. She is professionally known by the name Grimes. She has remained a set piece of the art-pop/chamber-pop genre for the last 10 years through developing eclectic and enigmatic music that has demanded the attention of the music world.

Her most recent album has Grimes expanding her musical toolkit to incorporate more sounds and genres, while maintaining the core of what made her successful at the start of her career.

Grimes’ creations have always displayed an other-worldly sound, and “Miss Anthropocene” is no exception.

On her latest project, Boucher delivers multiple tracks that sound alien, featuring an all surrounding bass, percussion that seems to mimic the pitter patter of small creatures, and a vocal style that aches to escape its background but cannot. Many new listeners may be taken aback by her unique and eclectic sound, but after a few listens, she is sure to win music lovers over.

In a surprising turn, Grimes delivers a more traditional pop track with the song “Delete Forever.” This track, among others, shows Grimes seeking to expand her musical repertoire with mixed results.

The track has enjoyable moments, but it and a few others across the record leave a bit of a low impact. While these songs add a variety to the record, and they often show moments of success experimenting with a new genre, but they can leave the impression that the record lacks a distinct focus.

The record is at its best when Grimes is creating tracks that feel like expanding and contracting worlds. She combines a unique vocal delivery with intricate, detailed production to create songs that live and breathe and grow. Grimes’ most successful musical experimentation is when she tries her hand at electronic music on the track “4AEM.” She combines vocals that mimic sounds of Bollywood with an ominous instrumental before diving headfirst into an electro-banger.

Throughout the record, lyrics lean toward open-ended prose rather than focusing on a narrative. Lyrics are often repeated multiple times throughout a track to let key words, phrases and statements sink in with the listener.

This lyrical style invites the listener to think about the words that are being sung critically, and develop their own interpretation of the meaning of tracks by combining this lyrical content with the emotion of the music supporting it. This album will not hold a listener’s hand, and this style of music can be difficult to digest on a first listen. “Miss Anthropocene” is a record that is meant to be taken in multiple times, with periods of thought and reflection in between.

Grimes has again proven that when she creates a new project, the world should listen. While the project does not emerge without some flaws, she has created an album that is beautiful, pained, and daring. “Miss Anthropocene” feels like getting to know an alien, it is unknown and at times uneasy, but there are moments of a unique and otherworldly beauty you can’t find anywhere else. I urge all readers to dip their toes into Grimes’ new project and be open to the way she challenges traditional music. 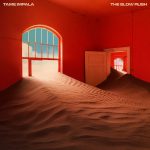