This year at Northwestern brings many firsts for psychology professor Ginger Gunn as she begins her teaching profession.

She has worked for many years in her career as a psychologist, and now she has returned to her alma mater as a professor, where she is excited to work with students in this new chapter of her life.

Gunn graduated from NW  in 2005 with a psychology major.

As she remembered her experience here at college, she said, “Northwestern is a wonderful place to grow and learn.”

Her time at NW grew her not only as a person but also in her area of study. She used what she learned in her classes and continued her studies and work all around the country, becoming trained in clinical psychology.

She is a licensed psychologist in the states of Mississippi and Washington. She also completed a postdoctoral fellowship in psychological rehabilitation at the Central Arkansas Veterans Affairs Health Care System in Little Rock, Arkansas. This center provides numerous services and support for the country’s veterans. For five years, Gunn worked with Veterans Affairs, dedicating her days in the outpatient and residential treatment settings as a psychologist.

“My primary focus as a clinician has been providing services to underserved populations and to those with severe mental health disorders,” she said.

Another way she worked toward her goal of serving others in this way is at the Washington State Department of Corrections. She spent a year working as a practicum student, and then was employed full time for almost three years.

She says her most challenging position has been working as the mental health lead at a maximum-security prison, where her job included supervising master’s level clinicians.

Although Gunn has been all over the country and worked a variety of positions as a psychologist, she has decided to come to NW and pass on some of her wisdom and experience to students.

“I am hoping to learn more about teaching as a professor and how to integrate my faith and learning,” she said.

Her career led her into many different experiences working with a variety of people with mental health needs. This experience will help her in the classroom, where she can teach students about mental health disorders and what she has learned from her many years working with real people and their real stories and struggles. She also acknowledges she has some things to learn, too, as she seeks to find ways to integrate her faith into her classes.

Gunn is an excellent example of NW alum that took her education to the next level.  She continued her education after her time here, learned through her work experiences and has now been able to give back in so many ways. She has dedicated her time, energy and gifts the past several years to people in very tough places. She has stepped in to be the hands and feet of Jesus to those around her in need, and she has been able to show the love of Christ through her profession. 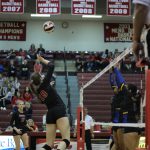 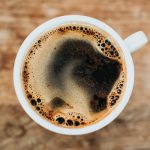