Director Jonathan Levine portrays a real-life situation that none of us want to be faced with in his new film “50/50.”

The half-comedy, half-saddening story depicts the life of Adam (Joseph Gordon-Levitt), a 27-year-old Seattle Public Radio producer who finds out he has cancer in his spinal column. Between the treatments and risky operations he must go through to beat the disease, his projected chances of survival are 50/50.

As if his life isn’t complicated enough, Adam’s father, an Alzheimer’s patient, doesn’t remember him, his mother bothers him with worries and his girlfriend cheats on him.

Adam’s sequence of reactions mirrors that of many cancer patients: disbelief, numbness, anger and finally acceptance of the situation.

His best friend Kyle (Seth Rogen) goes through all of it with him. Kyle cares deeply about Adam’s comfort and success. This was especially apparent in the romantic realm—Kyle introduces Adam to women as “my friend with cancer.” Their partner-in-crime connection keeps the mood light during the tough times.

Another aid in Adam’s progression was Katherine (Anna Kendrick), his shrink. Their simple psychologist-patient relationship grows to be much more than that throughout the film.

The screenplay was beautifully written and incredibly realistic, likely thanks to the story having been based on the life of the film’s writer, Will Reiser.

The acting was also superb. Gordon-Levitt outdid himself with the lead, while Rogen, playing a bit more serious version of his typical self, provided strong support.

Throughout Adam’s journey, he shifts from focusing on himself to putting the focus on his relationships with loved ones. His selfishness diminishes. Accepting reality was also a quite prevalent issue in the film.

A pivotal point in the film occurs with Adam’s line, “That’s what everybody’s been saying: You’ll feel better and don’t worry and this is all fine and [like] it’s not.” Eventually, his ability to accept his sickness allows him to respond in the most positive way.

“50/50” deserves more recognition—don’t be fooled by its fifth-place finish on the weekend box office charts, or discouraged that you have to drive to Sioux City to see it on the big screen.

The film throws reality at the viewer, and though it is tough, it is an accurate example of positive reaction and making the most of a nasty situation. 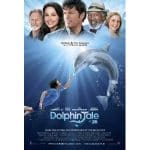 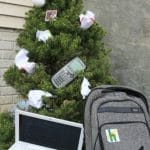