‘Halo 4’ is imperfect as a whole, but entertaining

Frankly, yes. Yes it would. But cool isn’t necessarily good.

The failures of “Halo 4” are more philosophical meta-failures, not game-level failures. The design is mostly solid. It has a fine story, good characters, mostly compelling conflict and the works of a standard video game setting and campaign.

But it’s not quite “Halo.” “Halo” had more dignity than this. “Halo” didn’t saturate the setting with information about the Forerunners, which could account for the Prometheans — a “newly-discovered” Forerunner force — maintaining their hidden existence until now. So much of the content just feels pandering, like the newly-formed 343 Studios needed to remind everyone “Yeah, this is ‘Halo.’ See guys? Look! Forerunners!”

Perhaps the vivacity of the game is reduced a little bit by the slightly desaturated palette—at least in comparison with previous “Halo” titles, which have generally been something of an avatar for bright colors in first-person shooters. Still, it at least manages to render the color green, which is more than can be said for almost every other FPS out there these days.

“Halo” has also always had a reputation for sounding absolutely phenomenal, and that is a standard that is more or less met. The music actually manages to sound like proper music, and while the overtures and main theme are not nearly as iconic or memorable as “Halo’s” older soundtracks, it is a huge relief to have swells of strings and mysterious, mournful brass powering the big moments of the game instead of tired military dubstep nonsense that gets spewed by “Call of Duty” and its ilk.

The multiplayer component is strong as ever. The designers made mostly sensible decisions. The guns feel, for the most part, well-balanced, and the maps simply run another rehashing of “Halo” level design principles – large, vertical, vehicles, caves, etc. Not bad. Just reasonable for what one might expect from a “Halo” game.

The best metaphor for this game is “plastic surgery.” Yeah, technically it’s appealing, but there’s just a nagging hollowness about the whole endeavor, and it robs the true joy that a new “Halo” game might’ve warranted. “Halo 4” fails not in the gameplay, not in the balance, not in the mechanics but in the heart.

However, those failures are both subjective and debatable, so remember this if nothing else: the game meets one of the most grand “Halo” traditions: It is incredible to play. A triumphant game in an important and welcomed revival of a beloved series. Sometimes, that is all that counts. Sometimes. 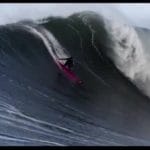