Highlighting hits of the summer

Labor Day has officially passed, which means the summer of 2017 is coming to an end. This summer, students were especially hyped about many different events and releases happening in the pop culture world. The summer saw big box office successes, a catchy song that never stopped playing and highly anticipated TV shows that were finally released, as well as new discoveries of binge-worthy TV shows on Netflix.

There were several movies released this summer that have been long awaited, and many of them lived up to the buzz. Students were thrilled about three in particular: “Spider-Man: Homecoming,” “Wonder Woman” and “Baby Driver.”

It was a great summer for superhero movies—  “Spider-Man” was rebooted for the third time, this time with the youngest and arguably funniest Peter Parker. Students were impressed with the acting from Tom Holland and the humor even in the fighting scenes.

“It wasn’t like the other two “Spider-Man” movies. Those two focused on the guy-gets-the-girl more, and this one wasn’t like that. It focused more on Peter with his friends, which was funnier,” freshman Angela Brinkman said.

“Wonder Woman” made history this summer as the first female superhero movie that was also directed by a female, Patty Jenkins. The movie was empowering to women everywhere, as the heroine was strong, fierce, independent and could kick butt in combat. Sophomore Nicole Koertner was just one of many ladies who felt proud to be a woman after leaving this movie:

“Gal Gadot (Wonder Woman) was gorgeous and strong and smart. And the entire plot of the movie was just awesome.”

“Baby Driver,” another hit of the summer, came out of nowhere for many viewers. Ansel Elgort starred as Baby, a getaway driver who gets recruited for a heist, even though he just wants to start a new life with his new girlfriend. The film is a unique mix of action and musical, as Baby depends on listening to his personal playlist during getaways. Students and critics alike were buzzing with praise for the creative joyride.

The song everyone was listening to this summer—or could not go a day without hearing somewhere—was the Justin Bieber remix of “Despacito” by Luis Fonsi. The song was one of the biggest of the summer, and students liked the addictive salsa beat.

“The lyrics are super bad if you translate them from Spanish to English, but it is still such a catchy song,” sophomore Aften Pennings said about the song. Like Pennings, many students struggled to get this song off of internal repeat.

As far as television goes, Netflix dominated once again, adding the CW show “Riverdale,” based off the popular Archie comics, to their service. “Riverdale” tells the story of a small town murder mystery and has all the characters from the comics. The last episode was added to Netflix in May; the second season will premiere in October. “There’s so much action and mystery, and you really don’t know where it’s going next. I also love all the people who act in it,” said Sierra Gross, a freshman and fan of the show.

Even as summer comes to a close, the summer of 2017 has had notable highlights in pop culture. Students will remember this summer for its stunning superhero movies, catchy dance tracks and TV shows that take them to different worlds. 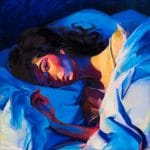 Lorde stands out with second album 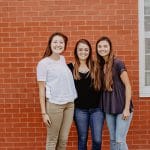