“The Nun” is a perplexing film. At first glance it may appear to be your run of the mill horror flick with loads of jump scares, a quick pace and charming characters. The usual fair, à la “The Conjuring” or 2017’s “It.” However, “The Nun” is beyond such a categorization. It stands on its own, separate from a film with delightful campiness like “The Conjuring” or lovable characters like “It.”

“The Nun” is so profoundly bad, in fact, it highlights everything wrong with the modern American horror film. It all at once beats a dead horse, steals from better films, provides nothing of substance and, worst of all, isn’t scary. It is so hindered by the formula of its peers and sister films that it cannot break out into unique or truly frightening territory despite how seemingly desperate it is to get a scare out of the audience. Even the provocative Catholic imagery rang hollow and had no weight. “The Nun” is a behemoth of failure. Why?

First of all, if being scared to you is a long bout of silence followed by a face with sharp teeth screaming at you out of nowhere accompanied by a loud metallic noise or a dissonant chord, I would like to humbly suggest you completely reevaluate what it means to feel fear. Because it’s clear to me that you mistake being startled with being afraid.

Alfred Hitchcock once said, “There is no terror in the bang, only in the anticipation of it,” which is the idea that true horror comes from tension, slow pacing and precise timing of when to actually place a scare, if at all, a truth I think many modern horror filmmakers either ignore or simply cannot comprehend. There are some exceptions of course, but the most successful horror films as of now are at best passable and at worst “The Nun.”

The film is also actively and deliberately inept. I recall a scene in the film that could have been scary if it were handled by a talented director, but instead was a rancid and distractingly bad blemish on a film that had already been defiled. The scene involves a French-Canadian man named Frenchie (a fact that is repeated to create the illusion that Frenchie has a character) showing Sister Irene and Father Burke a shed where he placed the decaying body of a nun who committed suicide.

They walk into the dimly lit shed and Frenchie remarks that the shadowy form is in a different position than where it was originally placed. If we, the audience had seen Frenchie bring the corpse into the shed and place it as it originally was, it would actually have been unnerving later on when he shows them inside the shed, and we wouldn’t’ve had to hear a bit of expository dialogue for something we already knew.

If I had to praise one thing I liked the gothic setting, which is unusual for a modern horror film yet, even that is used poorly. This film has already made more money than the horror masterpieces like Ari Aster’s “Hereditary.” Stop giving money to garbage. 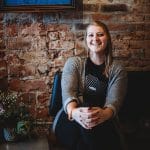 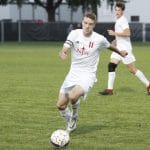