Tomorrow from 7-9 p.m. the International Club holds its annual coffee house event in the Hub.
This annual event is open to the campus to spend the night together seeing performances from fellow students.
“The coffee house is kind of like ethnic fair a little bit on a smaller scale,” Member of I-Club Kory McMahan said. “It’s just a place where people who feel like they have a talent that they want to share, to share it with people on campus whether it’s an international student or an American student.”
David Li said I-Club holds the coffee house as an event for the club to get some publicity on campus.
“We want people to know about International Club and this event is a way for them to reach out to new students,” Li said.
The I-Club is often thought of as only being for international students, but members suggest otherwise.
“I-Club is an organization on campus that is designed for international students specifically to help integrate them to the life and culture here at Northwestern,” McMahan said, “but also to help those international students as well as American students have a place to hang out.”
I-Club students meet weekly to plan public events for all students to participate in.
The coffee house is one of the public events the I-Club holds to unify the students on campus. It was the coffeehouse that got Carly Rozeboom involved with I-Club.
“I got involved because I got to know some people that were in the club.” Rozeboom said. “I would go to events so then I got to know more people in the club.”
Rozeboom continues to encourage American students to partake in the opportunity to learn a greater appreciation for other cultures.
“It’s not just for international students,” Rozeboom said. “Since this is my home country, I can go and to the best of my ability explain things that might be confusing to some of my international friends. International students come to the United States to learn. They want to experience and know what it’s like to live here, just like you and I would if we studied abroad.”
To Rozeboom, having this chance for cultural exposure isn’t just an option, it’s a privilege.
“I hope that students that go can kind of get a taste of what it’s like to live somewhere else, listen to a different type of music, try new types of food and push their cultural ideas and assumptions,”Rozeboom said.
McMahan has similar hopes for the experience students have at the I-Club coffee house.
“I hope that it’s a place for people to begin to ask questions and begin to talk to people that they wouldn’t normally talk to,” McMahan said. “This is for people to have that space and time to do that. It’s a place to get to hang out with them and get to know them, rather then just seeing them around campus.”
There are 15 performances planned for the event such as dancing from Japan, poetry and improv.
“I would encourage kids from the United States to go and broaden your views,” Rozeboom said.
The Hub will be having discounts for the event. 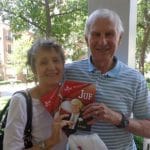