Due to the recent NAIA eligibility rules that allow players another year of eligibility due to COVID-19 shortening seasons, there has been a slight increase in fifth-year senior athletes on campus. According to the Student Life office, the number of fifth-year commuters is higher, but not drastically.

Luke Hughes and Colton Harold are current fifth-year seniors and stayed at Northwestern for another year to get their full senior season of baseball that was taken away last spring due to COVID-19.

Hughes and Harold were able to find a house near the west side of campus that is more commonly tagged “The Baseball Home.” They live there with one other teammate, and they appreciate what memories a fifth year at NW has given them.

“The advantages we have found are an easy course load and the ability to focus more on our sport,” Harold said.

There is also the opportunity to spend a lot of time with their teammates at the house. Their off-campus housing is cheaper, more spacious and they get more practical adult experience.

“I don’t know why you wouldn’t take a fifth year or live off-campus… more time to live out the best years of your life,” Hughes said.

Trevor Rozeboom is another fifth-year senior. He stayed because he was eligible play football for one more year.

“I am never going to be able to play football ever again and I knew that I could work the rest of my life so why not prolong my teaching career for a year,” said Rozeboom.

He believes that there is going to be more fifth-year seniors down the road for the same reasons he decided to stay.

“Why not play one more year when you have your whole life to grow up and have a big boy job,” He stated, “I was able to create more meaningful memories this year, and for me, I was able to start dating my girlfriend.”

Rozeboom lives with three of his friends in a house just a quarter-mile from campus. He would recommend a fifth year of college to anyone who has the opportunity.

NW’s off-campus housing rules have been around for many years. One must be married, 23 years old or above, fifth-year seniors, studying in off-campus programs, or living with parents at home in order to live off-campus.

These rules are meant to support NW’s philosophy that the on-campus living experience is a central part of our undergraduate education.

According to vice president for student life Julie Elliot, “We believe that living with others, many of whom are different than you, navigating conflict, learning to share spaces and engaging the community and programs in the halls/apartments are all important for student formation.”

There is a reason there have not been many fifth-year seniors in previous years.

“Because the vast majority of students finish in four years, our policies are aimed at ensuring a residence life experience for those four years,” Elliot stated.

However, due to the recent changes, more college athletes are being faced with a decision to stay for their fifth year of eligibility. This could very well lead to a continued increase in fifth-year seniors and off-campus housing.

The college experience normally only happens once in a lifetime. Athletes who have spent their whole lives playing sports recognize how fast this time goes. Many of them are eager for the opportunity to have it back and those who took advantage of it are glad they did. 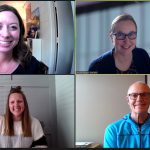 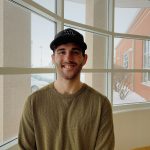 Freedom found in love of photography