Iowa to hold caucuses on February 3 On Monday, Feb. 3, the long-awaited caucus season will start at precincts across the state of Iowa.

Caucuses are held in February the year of a presidential election. This election year is especially important, as the caucuses will decide the Democratic candidate who will ultimately run against President Donald  Trump on the ballot this November.

A caucus is a time for members of the same political party to come together to vote what candidate they want to represent the party. However, Republicans and Democrats caucus differently.

Republican caucuses vote via secret ballot after listening to a speech made by the candidates or by representatives of the candidates. This year’s major Republican candidates include President Trump, businessman Rocky De Le Fuente, Illinois Representative Joe Walsh and Massachusetts Governor Bill Weld. Delegates are proportionally distributed to candidates based on the statewide vote.

For Democrats, it is much more complicated. After a representative of the candidate gives a speech, voters physically disperse into groups of support for a certain candidate. Candidates must reach 15% support to reach what’s called “viability.” If a candidate receives less than 15%, or is not viable, the voters can transfer their support to other candidates or the “uncommitted” option. The caucus site soon turns rowdy, as voters try to persuade the others to support their candidate by any means. This continues until all candidates are viable, and then county convention delegates are distributed proportionally.

Because caucuses are complicated, only a fraction of voters turn out – an average of 16% – resulting in a small portion of voters determining the nature of the 2020 Presidential Election.

However, head of Campus Democrats Noah Karmann predicts the 2020 caucuses will have the highest turnout due to this election being highly “consequential.” The competition among the democratic candidates is at an all-time high due to the prospect of running against controversial President Trump.

However, Republicans will see a less competitive scene at their caucuses due to the incumbent president being a Republican.

Carter Behler, head of College Republicans, said, “Most of the people on the local GOP committee for the nearby precincts said they would be surprised if any of the other possible candidates even pull 1% of votes.”

Due to Iowa being the first to caucus in the nation, the state sets the scene for how the candidates are stacking up against each other. News outlets and broadcasters from across the world travel to Iowa to cover the results from the 1,681 precincts who will be voting, suddenly turning Iowa into a political stomping ground every caucus year.

Past presidents, George W. Bush and Barack Obama, won the Iowa Caucus; however, President Trump lost marginally to Ted Cruz in the 2016 caucus.

While it seems all eyes are on Iowa, the caucus results do not necessarily predict the presidential election outcome. 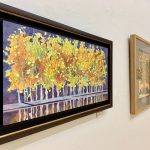 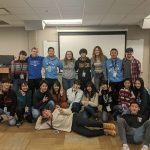