Finally, Steve King has been voted out of office.

After losing his primary to challenger Randy Feenstra this summer, King is set to be replaced by the winner of the general election between Democrat J.D. Scholten and his Republican replacement Feenstra.

In his 18 years of office, he had become known for his racist comments, close ties to white supremacists and his hardline, no-compromise stances on far-right policies. Finally, it appears, that the decent people of Iowa’s Fourth Congressional District can breathe a sigh of relief that he is gone.

The Republican Party had tolerated King for those 18 long years, ignoring his hateful antics in exchange for his faithful vote in Congress.

But in 2018, the world turned on King. Congress essentially ex-communicated him, and Scholten came within several points of flipping one of the reddest seats in the nation.

King was going to lose in 2020. It was just a matter of to whom. The Republicans never cared about erradicating King’s racism – if they did, they would have replaced him years ago. They only cared about losing the seat.

Enter Feenstra, a Republican State Senator who, before entering the race, was an avid King supporter. With his more traditional campaign language, one could quickly assume that Feenstra is a worthy alternative to King. But dig deeper, and he is practically another King in disguise.

Feenstra ran a pretty normal primary campaign, except void of an important aspect: criticisms of King’s extremism. In fact, Feenstra ran his platform as being even more conservative than the far-right incumbent.

Policy-wise, the two are virtually indistinguishable, with both men taking hard right positions on immigration, abortion and gun rights, as well as pledging loyalty to President Donald Trump. It wasn’t that King was too extreme, it was that he wasn’t effective enough.

For those who were genuinely sick of King, Feenstra is not the answer. He may not wear racism boldly on his sleeve like King did, but he will go to Washington with the same goals as King. That should deeply concern us.

I will never forget when Feenstra came to my government class and took a question from one of my international friends about immigration. I watched sadly as he tried to answer, clearly having very little knowledge of what she, and millions of other immigrants, go through every day.

As Christians called to love and care for the outcasts and aliens in our society, this is unacceptable behavior from one of our leaders.

Often, Christians find themselves in a pickle, as neither party fully supports a Christian political platform. Voters looking to care about both the immigrant and the unborn are left without a candidate.

But this race isn’t exactly normal.

Scholten has rejected the support of the Democratic House Campaign fund, and his platform states his intention to work towards reduced abortion through healthcare and education. His outreach to the Hispanic community has far exceeded Feenstra, offering education videos in Spanish on his campaign website about the pandemic, healthcare and other important topics.

In other words, it’s not perfect, but Scholten’s platform comes about as close as politically possible to the womb to tomb (pro-life from conception to death) theology that most of us profess.

You may not agree with the particulars of his platform, but it’s hard to deny that Scholten is the more pro-life candidate in this race. Feenstra may use religious rhetoric, but that does not mean he is worthy of our support.

Let’s vote for both our immigrant neighbors and the unborn. Let’s embody a complete life ethic this election cycle. Let’s show the nation that Northwest Iowa should be known for their love, not their extremism. 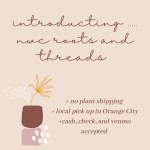 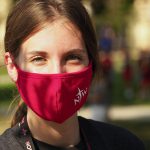