Jon Bellion has finally released his fifth album this past week, making the world a little better. The album Glory Sound Prep has come two years after his previous album The Human Condition.

Most people know Bellion from his hit single “All Time Low,” a single which catapulted him to fame and put him into the music spotlight. Fame is the overarching theme in Bellion’s new album, but not for the reason one would expect — he wants to get away from it.

In almost every track, Bellion mentions fame in some way. He sings about wanting to run from the spotlight, the stress of always being in the public eye, his journey to fame, trying to stay humble and not letting fame change or control him. He’s happy with his life and the talents he’s been given to make music (and he credits God for these talents in multiple songs), but he hates the fame that comes with it. He doesn’t want to be pressured by fame to change his sound or what he wants to say through his music. And in response, Bellion communicates all these factors with some fine tracks.

Not only does Bellion sing about fame, but he also brings up themes of genuineness in a shallow and fake world, real and sacrificial love, preserving memories, fake people, searching for love to fill a void and religion. He continues to get just as deep as he has in the past about what he’s experiencing and seeing in the world. Bellion doesn’t shy away from being honest, or sugar coat his music.

Additionally, leave it to Bellion to not be afraid to experiment with all sorts of instruments. His tracks make use of pianos, violins, cellos, trumpets, violas, saxophones, organs, mandolins, drums and synthesizers to create bopping electric beats. There’s also a lot more bass than in his past work, which is in almost every track. Although none of his songs sound the same, Bellion’s unique sound from his past albums are still found on Glory Sound Prep.

Not only are all the lyrics profound, but the sound in each track is amazing. The tracks start with a couple of instruments, then suddenly halfway through drop a few more instruments into the mix. For fans of Bellion’s raps, there are also plenty of those. The man proves yet again that he can spit verse.

One complaint is the last track, “Mah’s Joint.” The track is actually amazing — it’s an eight-minute track with thought-provoking lyrics about memories and Bellion’s mom. The last five minutes have no lyrics, but instead use a whole slew of instruments that create a swing sound. If you are a fan of Bellion, you know his epic song “Hand of God” from The Human Condition. The track is an outro, where he combined songs from The Human Condition into one glorious and goosebump-inducing six-minute track.

When I saw that “Mah’s Joint” was eight minutes, I automatically assumed it would serve as the next epic outro for Glory Sound Prep. However, the track is underwhelming if one was expecting another “Hand of God” type of song.

Overall, I seriously encourage giving this album a listen several times through. The lyrics are thought-provoking and relatable, the sound is fresh and unique, and how could you dislike Jon Bellion’s voice? You can’t, so give it a listen. 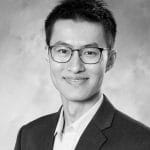 Kao’s journey from Taiwan to OC