PRISM is the third studio album to be released by Perry. It also marks her transition from the cutesy-ness of “Teenage Dream” and “California Gurls” to the deeper content of “Unconditionally” and “Ghost.”

This album is best divided in two: The first half represents the candy-loving California girl, and the second half shows the grown-up that Perry has become.

“Roar,” the newest anthem by Perry, boasts a catchy hook and a rousing rally cry. This single has been blowing up the radio and has become a fan favorite. Perry recently performed this and “Walking On Air” on Saturday Night Live.

The second single to be released, “Unconditionally,” is about loving unconditionally and living free of fear. This is perhaps one of the most relatable songs on the album. Not only is the writing strong but the message is also important. It reminds the listener to love, no matter what someone has done.

The track most likely to be heard in the club is “Dark Horse,” which features Juicy J. The song features an incredible bass line and ventures into trap music, a one-of-a-kind vocal sound that came out of hip hop and crunk in the Southern United States in the early 2000s. Perry’s voice finds its sultriness as her voice lifts over the club beats.

“This Is How We Do” is best described as a Katy Perry version of a Ke$ha song. There is really no other way to put it.

The second half of the album takes on a deeper tone and ventures into the personal life of Perry. Starting with the track “Ghost,” Perry delves into her deteriorated relationship with actor Russell Brand.

Track 13 will most likely never be heard on the radio. “By the Grace of God” gives listeners a front seat to a failed marriage and Perry’s resulting depression. The haunting song utilizes a powerful piano ballad and bare vocals that echo the hurt Perry felt. Although not the typical performance listeners have come to expect from Perry, this song is essential in understanding the mindset behind the album.

PRISM is available on iTunes in regular and deluxe editions. 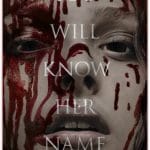 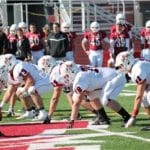