Home Opinion Kids movies are for everyone
Opinion

I recently rewatched the old Dreamworks movie “Megamind” with my girlfriend and thoroughly enjoyed it.  After watching the movie, she made a comment about how it was “a good kids’ movie.”

This made me start to think about what that meant.

When you hear the phrase “kids’ movie” you typically think about something made by Disney or a nostalgic film from your childhood.  These are usually perceived to be made ONLY for children, reflecting their high energy and sometimes incoherent nature.  Thusly, kids’ movies tend to have a reputation of lacking substance and being juvenile, and this isn’t completely unearned.  The market is  oversaturated with films from franchises like The Care Bears or (god forbid) Barney.  These stories and characters only operate on the most superficial emotions and themes: things like “be polite to others” and “say sorry.”  While these are important lessons to teach children, they are some of the easiest and safest lessons to learn.

Basically, they baby kids and don’t treat them like small human beings that are going to have to face the ugly reality of the world someday.

However, not all kids’ movies are created equal. Many movies are directed towards children but have a much wider appeal.  For instance, take a movie series like Dreamwork’s “How to Train Your Dragon”.  On the surface you have a fun adventure about a boy who bonds with and learns how to tame dragons, but deeper than that, you have movies that have pretty compelling stories and gorgeous visuals that push the medium to its limits.  And it isn’t alone.

Companies like Pixar have consistently pushed out movies that tell timeless tales and that impact the childhoods of many people.  Just about anyone you talk to has had some experience with them and can probably tell you their favorite one and why.  This is because these movies don’t pander to children.  While they might be filled a little more slapstick and energy than usual, they don’t talk down to kids and they are able to tell a more mature, timeless story because of this.

Let’s look at an example.  “Wall-E” is probably my favorite Pixar movie because it manages to b a fun robot romance story but also portray a pretty bleak post-apocalyptic world that would make George Orwell roll over in his grave.  This never really registered to me as a kid, as I never really saw (or was able to process) much beyond the fun little romance between Wall-E and Eve.  But as I grew older, I revisited it and realized just how dark the movie was; the Earth is covered in trash and humanity is living aboard space cruise ships eating slushies because they are completely dependent on robots.  This story is like something out of an Isaac Asimov book but still somehow appeals to a younger audience.  It also reaches a balance between maturity and childishness.

This is the key aspect of making a good kids’ movie: it is able to tell a mature story without scaring the younger members of the audience.  “The Dark Knight” is an excellent movie, but it shouldn’t be shown to a little kid because it would terrify and probably scar them.  However, something like the old Batman cartoon from the ‘80s and ‘90s was still able to take this dark subject matter and make it palatable for a younger audience.

The beauty of good kids’ movies is that they are able to find that balance and can tell stories that anyone, whether they be old or young, can take something from. 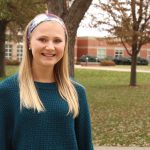 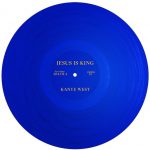