Dr. Doug Maury is pictured in the middle of the top row.

Maury has always been curious about how the body works, and his entire education and career has centered around kinesiology and movement.

“I’ve always been fascinated with what the body does when things don’t go right. Our bodies are just intelligently made. We make adaptions. Figuring out why the body does this or that when it’s injured—it’s always been a fascination of mine,” he said.

Maury began his education with an associate’s degree from Hesston College and a bachelor’s degree in health management from Bethel College.

He worked as head athletic trainer, an instructor and intramural director at Hesston College for five years. Maury then returned to Bethel to work as the chair of its health and physical education department and director of the athletic training program.

Continuing his education, Maury received a Master of Education in sport administration from Wichita State University. Most recently, Maury completed a doctorate in athletic training from A.T. Still University in June.

Maury worked at Bethel for 13 years. After finishing his doctorate, he thought it was a natural time to look to what was next.

“I wanted to stay involved in athletic training, and didn’t want to transition to something else,” he said.

NW had posted an opening for the assistant professor of kinesiology. Maury saw the job posting, then began exploring NW’s profile.

“It was similar to places I’ve worked at in the past—small, private, Christian college, which fits me well,” he said.

Maury made the move from Kansas to Iowa to begin his new role at NW.

“There was a different component when I interviewed here. It became less about the job I was interviewing for, and more about coming to work at Northwestern. It doesn’t matter what you’re doing— it was simply being here, not necessarily what I was doing. This was the place I wanted to be,” he said.

At NW, Maury is involved with teaching classes, as well as working with sports teams.

This semester, he is teaching the athletic training practicum course for juniors, two lab sections for prevention and care of injuries and a class about psychosocial aspects of injury in sport. This fall, he is working with the volleyball team.

“Being on the field and on the court with the teams means you’re right there. That’s a different aspect than most healthcare providers experience. The hands-on part of it is important,” Maury said.

Additionally, Maury has been involved with preparing for the new Master of Science in athletic training program, a six-semester graduate program to train students wanting certification and licensure as an athletic trainer. The program is expected to begin in May 2020.

“I’m not from here, I didn’t graduate from this program and I don’t know much about the program, so saying ‘Here’s my way of doing things, how does it fit with what you’re already doing?’ is important. I’ve been observing and seeing how things are running, where and how I fit in and putting what I know into being the most beneficial for students,” he said.

So far, Maury is enjoying the transition to NW.

“I felt at home being here. Even in the first month I’ve been here, it feels like I’ve been here a lot longer,” Maury said. He looks forward to what the rest of the school year holds for him. 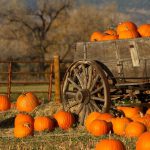